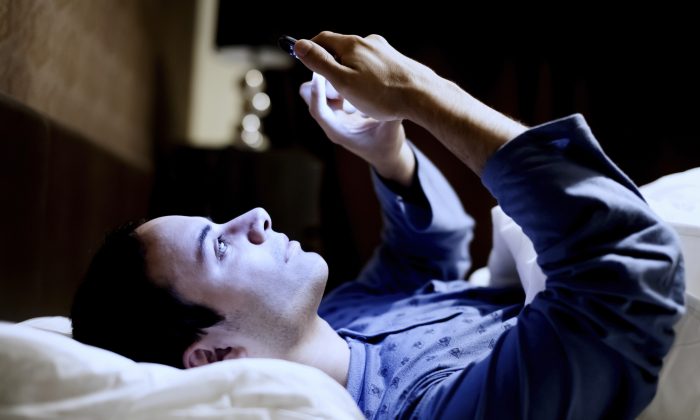 What Happens When You Try to Read Moby Dick on Your Smartphone?

These days, when most of us think of a “book,” we have in mind something around nine inches by six inches, with mass market paperbacks shaving off an inch or two in each dimension.

But digital reading has redefined presuppositions about size and, more importantly, about what format is best for what’s being read: text messages, news articles, textbooks or fiction.

Conventional wisdom (including my own) typically suggests that serious digital reading calls for ample screen size (at least a tablet or e-reader), while one-off encounters with sports updates or tweets are fine on mobile phones.

But these rules of thumb are crumbling as users increasingly abandon larger mobile devices like Kindles and Nooks in favor of an all-purpose phone. While sales of e-readers and tablets are slowing, the real growth is in smartphones. In 2014, 1.2 billion smartphones were sold worldwide. With many newer generations of smartphones offering bigger screens – along with continued advancements in screen resolution – readers are turning to their mobiles for more and more of their onscreen reading.

Does size matter? For most of us, yes. When the reading platform size shrinks, it’s harder to focus on complex arguments or story lines. No wonder the bestselling e-books tend to be romance and erotica.

It’s become commonplace to invoke Herman Melville or Leo Tolstoy when arguing about what kinds of reading work (or don’t work) on which digital media. “No one would read War and Peace on a mobile phone,” you might say – but that’s exactly what journalist Clive Thompson did earlier this year. Expediency was his basic motivation – knowing he was unlikely to lug the print version around with him, he turned to the device he was already carrying: his phone.

Thompson’s success story (he went on to polish off Moby Dick and Crime and Punishment on the phone) can be interpreted two ways: “I told you so” or “the exception proves the rule.” Knowing Thompson’s work, I’m confident he proved a serious reader of these meaty texts. But when my university students try the same feat, they often admit the results are more questionable.

To be fair, the main challenge of reading on mobile phones or smartwatches isn’t size, per se. (Historically, readers have been absorbed in books fitting in the palm of their hand – especially prayer books or poetry.) Rather, for the majority of readers, the issue is mindset. For those lacking self-discipline, there is Freedom software, which blocks internet access on digital devices if you’re trying to get some work done. Either way, reading serious literature on a mobile phone (rather than restaurant reviews or gossip) takes a level of concentration and self-discipline that few have.

Five hundred years ago, when people prayed using a book no larger than a mobile phone, there was no chance of being interrupted by a text message or a tweet. Today, our handy pocket devices are laden with temptations that snatch our attention away from an author’s words.

And distractions aside, there’s still the question of whether or not we can comprehend text on small screens at a level comparable to text in printed books or magazines. Here, there are several intertwined components: size, text length and the digital (as opposed to print) medium.

For size, when reading on a small digital device, the number of characters visible at one clip is abridged, from around 200 (on a mini-tablet or large smartphone) to, at best, a few dozen on a smart watch. Digital reading entails continual scrolling, and there’s little prospect of seeing a two-page spread (an essential format of the codex for nearly 2,000 years). Reading specialist Anne Mangen argues that constant scrolling on digital devices undermines mental absorption.

Now think about how much text people are willing to tackle in the first place. In the age of tl;dr (“too long; didn’t read”), those who read onscreen – even comparatively big screens – show less patience with lengthy prose (longreads.com informs time-conscious readers how many words each piece contains and how long it should take to work through them). As screens get smaller, it’s wildly unlikely that even our current attention spans will hold steady.

Finally, consider the medium itself. My research on university students in five countries revealed that 92% believed they could concentrate best when reading in print, not on digital devices.

If you’re reading on a laptop or average-sized tablet or e-reader, at least the physical spread of text offers an in-your-face inducement to read. As screen size shrinks, so, I’ll wager, does the mental holding power of a tiny window that displays only a small amount of text at a time.

Once upon a time, reading was literally a big deal. Children actually learned to read by following the adventures of Dick, Jane and their dog Spot. My own first Dick and Jane primer was physically outsized – picturesquely called an elephant folio – measuring about 20 square inches and set in what seemed like 200 point type.

For me and others of my generation, those mammoth folios were a sign of the importance of reading. With today’s small-screen digital devices, can reading still be a big deal? For most of us mere mortals who yield to distraction and assume size matters, the answer will often be “no.”