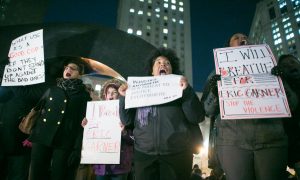 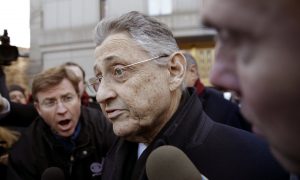 Sheldon Silver: The Corrupt NY State Official Who Almost Got Away
0 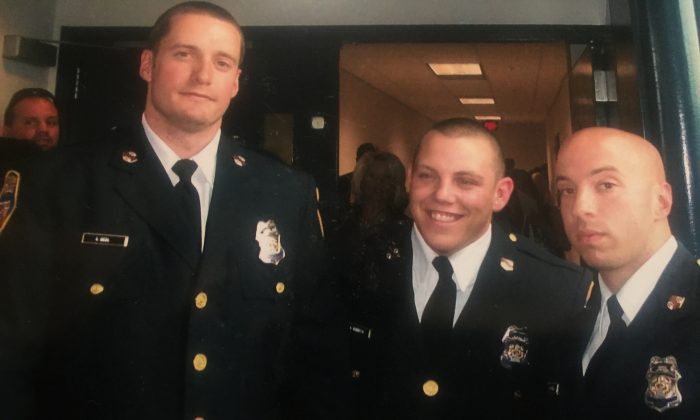 The story of a whistleblower in Baltimore
By Annie Wu
Print

It was the Friday after Thanksgiving, 2012. Baltimore police Officer Joseph Crystal had just come home after visiting his in-laws. As he and his wife approached their car, Crystal noticed something was wrong.

There was a dead rat with its head clamped underneath the windshield wiper.

Crystal felt warmth all over his body, palpitating with fear. He took a deep breath. All the events that had transpired in the past few months came flooding into his brain. The times he radioed for backup while patrolling the streets and no one from his squad showed up. That conversation he had with his supervisor, who told him that his career was over. All those people in the police department who called him a “rat.”

To his colleagues, Crystal was a snitcher, someone who gave a black eye to the Baltimore Police Department. For Crystal, he just wanted to do the right thing; to live up to the integrity his parents taught him was so important.

Crystal is a whistleblower police officer who was forced to resign from the Baltimore police force after facing harassment and threats for speaking out against other officers’ misconduct.

After unarmed men were killed by police officers in Ferguson, Mo., and Staten Island, New York City, the public has shown its distrust and dissatisfaction with law enforcement through hundreds of protests. At a time when many people have lost their faith in police, Crystal wants to let people know there are still good police officers out there. He hopes his story can encourage other officers to come forward when they see wrongdoing, and begin to heal the divide between police and the citizens they swore to protect.

“I want to instill integrity back into the police department,” Crystal said. “It’s an honor and a privilege to be a cop. We need to police ourselves. We need to hold ourselves to a higher standard.”

It all began about a year ago, when Crystal was patrolling the streets of East Baltimore as part of the department’s Violent Crime Impact Division, the unit in charge of chasing violent repeat offenders in one of the city’s most crime-ridden areas.

At the time, Crystal was a rising star in the force. Just a year after he graduated from the academy, he was promoted to detective.

During a regular patrol, Crystal and two other officers saw a group of people selling drugs. When one of the suspects spotted the officers, he threw his bag over the fence and took off running with it. The officers chased him into an alley, but then lost sight of him.

I didn’t become a cop for this type of reason.
— Joseph (Joe) Crystal

Crystal and the others didn’t know this at the time. But just before the suspect was to be transported to the local jail, Williams, who had arrived at the scene, and Sgt. Marinos Gialamas, had brought the suspect back into the home.

Crystal was waiting outside the building, but he heard the rumbling noises, and the sound of someone hitting the floor. The suspect then came out limping, his shirt torn open. Crystal later learned that his ankle was broken.

It was obvious what had happened. “When I left that day, I was kind of sick about it. I felt like I was a part of it,” Crystal said, recalling the incident in a phone interview. “I didn’t become a cop for this type of reason.”

Crystal called his parents, who were both New York City police officers, to seek advice on what to do next. They both told him he should report the beating. “My dad basically told me, we’re talking about your integrity here. Once you lose that, it’s gone. You never get it back.”

He told his division’s sergeant, Robert Amador, what happened that night. But Amador told Crystal not to snitch, that it would cost him his career. Amador said to keep quiet.

Crystal didn’t feel it was right.

With his concerns falling on deaf ears, he decided to report the incident to a prosecutor at the state attorney’s office, whom he knew. In October 2012, the prosecutor took on the case and placed charges on Officer Williams and Sgt. Gialamas.

Very soon, word got out around the department. Crystal found blocks of cheese on his desk. Other officers called him all sorts of names.

It didn’t bother Crystal too much. “If this is the worst blow back I’ll get, I’ll take it and smile,” Crystal initially thought.

But then, other officers refused to ride in the patrol car with him. While out alone, Crystal saw a suspect selling pills of heroin on the street. When Crystal approached, the guy ran. As Crystal pursued the man, he radioed for backup, but no one showed up.

It’s an honor and a privilege to be a cop. We need to police ourselves. We need to hold ourselves to a higher standard.
— Joseph (Joe) Crystal

When he got to the police station, he saw his colleagues sitting around the radio, unfazed. They said they didn’t hear his call. Crystal now feared for his safety. “The suspect had a pretty long [criminal] record. I was lucky he didn’t have a gun on him.”

Several days later, the same thing happened again. This time, when Crystal returned to the station, his supervisor Amador told him he was getting demoted to being a patrol officer again.

After officers Williams and Gialamas were indicted by a grand jury, Amador warned him in a phone call, “You better pray to God that you’re not going to be the star witness.”

Soon thereafter, the rat incident happened. Crystal reported it to county police. The investigating officer deemed it a case of witness intimidation. Crystal was so worried about his wife’s safety that he told her to stay with her family for the time being. Then, they changed residences, twice.

Although the city police department promised an investigation, no one took a statement from Crystal. It wasn’t until two years later, when Crystal recalled the incident during the officers’ trial, that the department finally took action. But by then, the statute of limitations on the case was over, Crystal said. Nothing could be done.

Forced Out of the Job

After getting demoted, Crystal got transferred around the department, assigned to details where he sat all day watching alleys and trails. “I didn’t even feel like a cop anymore. It was heart-wrenching.”

When Crystal sought assistance from his local police union, the union president told him that it was “blood in and blood out” at the police force. He was to either take the demotion, or leave the agency.

“Blood in, blood out. That’s terminology used by gangs. It was a reality check. We’re cops, not gang members. We have an oath to uphold,” Crystal said.

In September 2014, Crystal finally quit the Baltimore police department. He now works as a police officer in Walton County, Fla., where he lives with his wife.

His current colleagues have heard about his experience and are supportive of him. One of the department’s senior officers even offered his contact information in case Crystal’s wife ever needed it.

The case of the two Baltimore officers went to trial in February 2014.

Officer Williams was convicted of second-degree assault and obstruction of justice. Sgt. Gialamas was found guilty of misconduct.

In December last year, Crystal filed suit against the Baltimore police department and his supervisor Amador for violating his right to free speech, for owed sick and vacation time, and workplace harassment and retaliation.

Crystal hopes his lawsuit can influence changes to the Baltimore police department, so that whistleblowers who see wrongdoing are empowered to take a stand—and not get punished for it.

He believes most police officers do their jobs right, but when there are bad apples, police departments should make sure to weed them out, not protect them.

More importantly, he hopes his case can show people that police officers still have integrity, and thereby win back their trust. It’s a vital tool for effective crime-fighting, Crystal said.

“In an area where you have a clearance rate of less than 50 percent in homicides, one of the most problematic cities in America (referring to Baltimore), how do you really expect to get the citizens to help you solve these cases?” Crystal said.

“They tell media we want citizens to come forward, we need the citizens’ help—how can you get them to come forward when something like this happens to one of your own?”