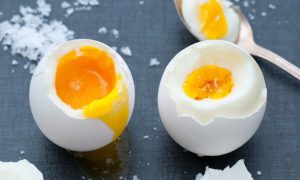 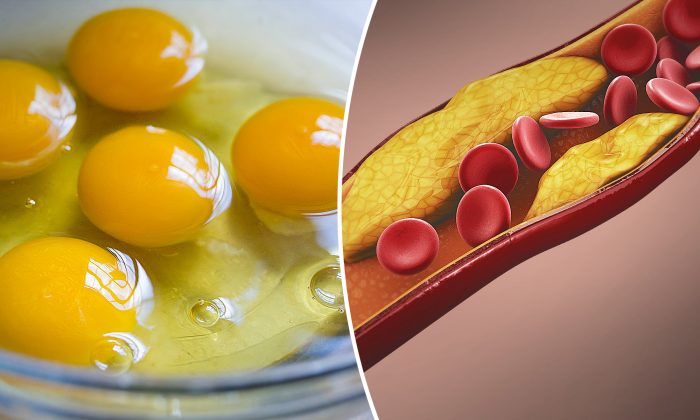 What Happens to Your Body If You Eat 2 Eggs a Day–Is It Really As BAD As They Say?

There’s a lot of misinformation about eggs floating around on the internet.

Eggs have long been a staple for many people across many cultures. If we’re not frying or boiling them for breakfast, you’ll find them in pastries or other dishes like meatballs and pasta sauce.

Even though they’re so common in our diets, it’s all too easy to come across warnings dissuading consumers from eating eggs on a regular basis. They get left out of lists of healthy foods to incorporate in diets, and daily limits lead some people to avoid them altogether.

Yet, this is starting to change. As doctors continue to research the true health effects of foods and exercise, dozens of preconceived notions have been dispelled—and the caution surrounding eggs is no different. From the surprisingly long list of nutrients that eggs contain to the extra health benefits that they can provide, there’s a lot to love about what eggs can do for you—and how they can help you transform your body.

Chances are, if you’ve ever spoken to an advocate of decreased egg consumption, you’ve heard about the dangers of all the cholesterol they contain.

Cholesterol is a molecule, waxy in consistency, that the human body uses to build healthy cells.

The right amount of cholesterol is good for the body, but too much cholesterol is increasingly dangerous to your heart’s health. So the fact that each regular-sized chicken’s egg contains 187 mg of cholesterol, which amounts to anywhere from 50 to 90 percent of an individual’s recommended daily amount, can scare a lot of people away from the delicious superfood.

Yet, scientists have learned that not all cholesterols are created equal, and that multiple eggs can actually have a good effect on your cholesterol level.

According to a handful of studies, individuals who ate multiple eggs a day—including the yolk, which contains the majority of the cholesterol—saw not cholesterol problems but instead positive effects. The individuals saw their “good” cholesterol (which builds healthy cells and helps the body produce certain hormones) go up after a few weeks of eating multiple eggs a day. Their bad cholesterol (which is what can block arteries and cause heart disease) remained unchanged, suggesting that the type of cholesterol found in eggs isn’t actually all that daunting of a factor.

Since cholesterol is such an important molecule for the body, humans actually produce it themselves when they can’t get enough in their diet. It comes from the liver, which can produce the good kinds of cholesterol necessary for cell construction if an individual’s diet isn’t providing what they need.

When test subjects ate multiple eggs a day, scientists discovered that the subjects simply saw their livers adapt—meaning that as their dietary cholesterol went up, their liver-produced cholesterol levels went down. Essentially, their bodies self-regulated, ensuring that they didn’t suffer from dangerously high cholesterol levels while eating such a nutrient-rich food.

It’s important to note that all bodies are different, and some individuals contain a unique allele on the APOE gene that makes them particularly sensitive to cholesterol intake. So it’s important to continue monitoring cholesterol levels, even when studies suggest that a particular diet is safe.

For most healthy individuals, though, the cholesterol scare isn’t nearly as severe as it’s made out to be—and two eggs a day can actually help your cholesterol levels, not hurt them.

They Can Help You Lose Weight

One of the longest-standing diets promoted to jump-start weight loss is the “boiled egg diet,” which encourages individuals to eat a predominantly egg-centric diet for a handful of days in order to burn away fat.

The egg diet is both short-term and a bit extreme, but even just adding two eggs into your diet a day can have a positive effect on your overall scale tracking.

The International Journal of Obesity performed a study comparing what an egg breakfast did to metabolism and fat loss when compared to a bagel-based diet, using energy and density controls to ensure one breakfast didn’t substantially change caloric or voluminous intake.

The addition of a low-fat aspect to the control of egg and bagel diets showed more marked changes, but it wasn’t just eating a low-fat diet in itself that made the difference. When comparing a low-fat bagel diet to a low-fat egg diet, the participants who ate eggs saw substantially more weight loss without a significant jump in their cholesterol levels.

Eggs pack such a powerful protein punch, which is why they can have such a big impact on weight loss. Moreover, they provide a wide offering of crucial vitamins and nutrients that far too many people find missing in their daily diets, which can have a profound effect on leading a healthier lifestyle. Knowing that a balanced diet is one of the most important factors in losing weight and staying healthy, it’s hardly a surprise that such a rich, vital food makes such a big difference.

It’s not just the nutrients in eggs that have an impact, either. Eggs are a notoriously low-calorie food, but the high protein content makes them feel dense, making you feel fuller for a longer time. For people who are trying to avoid extra snacking and stick to a fixed-calorie diet plan, they’re a fantastic ingredient to keep you from feeling hungry and reaching for the potato chips throughout the day.

They Can Improve Your Eyesight and Immune System

Most people think about the produce section when aiming to improve overall health. There’s the old adage that “an apple a day keeps the doctor away,” and parents have been coaxing their kids to eat more carrots for generations by promising “better eyesight.” Of course, apples and carrots are great.

Yet, there are plenty of other foods that don’t get the credit they deserve, such as (you guessed it) eggs. The wide array of nutrients you find in eggs offer some impressive benefits, too.

Selenium, a chemical compound predominantly found in soil, has strong antioxidant properties, such as boosting the immune system. Individuals with HIV and Crohn’s disease have been found to have low selenium levels, and studies have linked selenium to lowered risk of heart disease, Alzheimer’s, and more. It’s believed that selenium can also help improve memory and thyroid health, and can even help regulate asthma.

As far as eyesight is concerned, eggs can’t exactly reverse blindness, yet they can prevent muscular degeneration, as they actually contain the same xanthophyll that carrots contain called lutein.

Lutein is used in plants to aid in the process of photosynthesis, but it works for humans in a different way. When it enters the bloodstream, lutein is carried to the retina—where it serves as a protective barrier for the eye to keep the retina sharp, healthy, and undamaged.

Scientists didn’t discover that eggs are actually a great source of lutein until the mid-2000s. Thanks to research, though, nutritionists and health experts can now recommend eating eggs every day as a way to avoid having to shell out big bucks for new glasses or contact lenses.