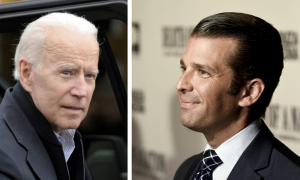 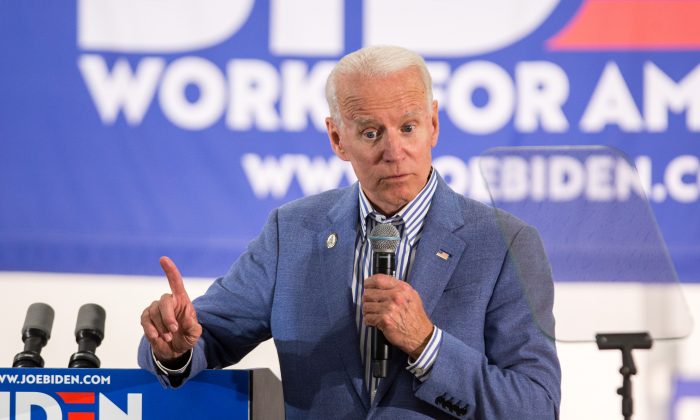 What Biden’s Caving On Abortion Funding Tells You About 2020

Elections are about choices. Some more than others. By caving to the Left on government funding for abortions, Joe Biden ensured that the 2020 Election will offer the widest election choice in decades.

Not all elections offer the same level of opposing views. For instance, the difference in views between Bush 41 and Bill Clinton were not nearly as distinct as those between Jimmy Carter and Ronald Reagan.

Long before those elections, during the late 1800s, our Gilded Age, elections offered dramatic choices between those that favored gold, silver or paper money and how to resolve the post-Civil War issues. Before the Pendleton Act of 1883, elections also meant tens of thousands of patronage jobs to the winning party.

The upcoming 2020 election is now likely to offer a historic difference between the parties as well—and Joe Biden is making sure that difference in choices will be very significant.

I am not convinced that Joe Biden will be the nominee. He continues to have problems with possible graft (his son’s deals while he was VP) and with his lying for decades about his civil rights record.  There is also the fact, as I wrote here, that he has never been a good national candidate.

Biden’s choice to cave on the issue of public funding of abortion, however, is significant.

That signals that Biden will give into the most Left side of his party on any issue in order to win. Keep in mind that the issue at hand is no minor issue. It is not whether you support a budget increase or not.

For the country abortion is a defining issue. A candidate who flips on that issue after decades of one opinion, in the manner that he did, signals they are without serious conviction. That is why David Axelrod, of Obama fame, said it raises questions about Biden’s “steadiness” as a candidate and just how far he will go.

More to today’s point, however, his flip flop says that Biden will join the rest of the Democrat pack in supporting positions that are farther to the Left than any previous group of Democrat candidates.

Remember, Biden is the “front-runner” based in significant part because the major media is portraying him as an electable centrist. Indeed, that was his moniker in his two prior and failed attempts at running for the Presidency. Caving on federally funded abortion is not centrist, given that a majority of Americans are against that.

By caving on abortion funding, Biden is obviously willing to risk his centrist status in the media. The upcoming debates will test him even more as Elizabeth Warren, the thought leader for the Democrat primary, and Bernie Sanders, his main rival, stake out big-spending positions like Medicare for all, reparations and the rest. As I wrote last January, the Democrat nomination process is nothing short of a tax and spend bidding war.

On the other hand, President Trump has done more conservative things in two years than any Republican president in history. From tax reform to deregulation and from agency staffing to judges, Trump has delivered a strong conservative agenda.

Overall, the differences between a government run by Democrats and one run by Republicans will be wide and deep. That is what lies ahead for 2020 Election in The Divided Era.

Thomas Del Beccaro is an acclaimed author, speaker, Fox News, Fox Business & Epoch Times opinion writer and the former Chairman of the California Republican Party. He is author of the historical perspectives “The Divided Era” and “The New Conservative Paradigm.”