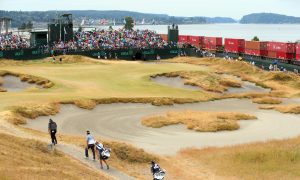 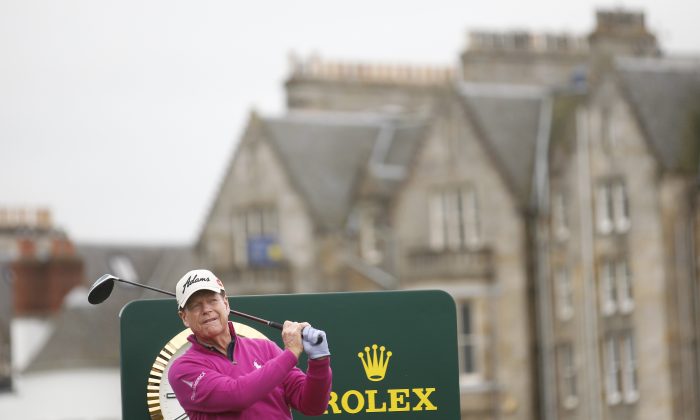 ST. ANDREWS, Scotland—The main storyline for this year’s Open Championship will focus, as it should, on American Jordan Spieth’s attempt to win his third consecutive major championship in 2015. But, just in the background is the departure of two icons—one for his exploits on the course, the other for the manner in which he updated golf’s oldest organization and helped elevate the standing The Open occupies today.

In 2005, Watson walked with Nicklaus as the “Golden Bear” ended his storied career in The Open—also at The Old Course. Now, Watson will have center stage as the Scots honor him for having won four of his five Open Championships on Scottish soil.

Watson has shown tremendous resilience in maintaining his competitive fire. At last year’s Open Championship at Royal Liverpool, he extended his record in being the oldest golfer to make the 36-hole cut there. If Watson can crack the top 15 at this year’s championship, he would receive an automatic exemption to play in the 2016 event.

Ironically, Watson will end his Open career at St. Andrews, having never won at The Old Course—although his bid in 1984 was derailed by a poor choice of clubs (a 2-iron) at the famed 17th Road Hole in the final round. The rare error opened the door for Spain’s Seve Ballesteros to secure the win with a final hole birdie. Watson has never second-guessed his decision during that event to this day. In a nine-year run from 1975 to 1983, Tom won the event five times and mastered the fullest range of weather conditions and competitors.

The other retirement at this year’s Open comes from a man who played a role far less visible but still crucial for the advancement of the overall event. In 1999, Peter Dawson ascended to the top spot as chief executive of the R&A and secretary of the Royal & Ancient Golf Club of St. Andrews. Dawson, an engineer by training, replaced Michael Bonallack, a revered golf champion in the United Kingdom. However, Dawson brought to the forefront a range of long overdue reforms at the truly “ancient” organization. Dawson’s business acumen helped reposition the R&A and the Royal & Ancient Golf Club of St. Andrews as two distinct entities.

The 67-year-old Scotsman played a pivotal role in once again getting golf reinstated as an event in the Summer Olympics. Although he will be leaving his dual roles as already mentioned, Dawson will continue to head the International Golf Federation until the 2016 event concludes. During the tenure of Dawson, women were finally admitted as members of the previously male-only Royal & Ancient Golf Club of St. Andrews. The vote for inclusion was overwhelmingly positive although critics rightly pointed out that such an outcome should have happened years before.

Dawson’s lasting legacy is elevating The Open.
Dawson’s lasting legacy is elevating The Open. The oldest major championship is the only one of the four major played outside the United States and Dawson faced considerable pressure to increase its stature—and purse. Sponsorships were secured and the overall stature of the event has grown significantly during his watch. During his 16-year-stint as the face of the R&A, Dawson also played a much more “hands-on” role in updating the various host courses from an architectural perspective. Such actions have not always been met by approval. Most notably, when alterations were carried out to The Old Course, the extension of a new championship tee on The Road Hole met with the most controversy. All in all, Dawson has left a far better and much more proactive organization to his replacement, Martin Slumbers.