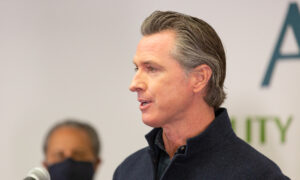 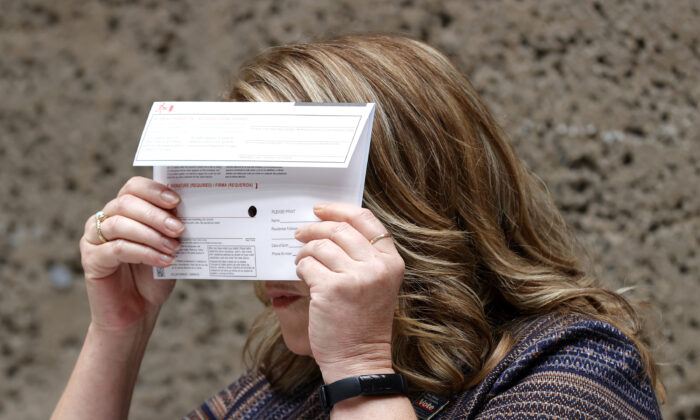 Two voter integrity groups say holes in some absentee ballot envelopes designed to aid low-vision Californians fill out their ballot have the potential to reveal whether someone voted “yes” to ousting Gov. Gavin Newsom in next month’s recall election.

“California voters are calling attention to a glaring flaw in the design of absentee ballot envelopes being used in the recall election of California Governor Gavin Newsom,” the groups said in a joint statement released on Aug. 23.

The issue first gained attention after voter Amy Cox shared a video on Instagram that’s gone viral, showing a ballot and an envelope with holes.

“When I saw this ballot envelope, I was shocked to see that it could reveal someone’s actual vote,” Cox said in a statement. “Our votes are supposed to be private. If someone can tell how people voted, then anyone who comes into contact with ballots could easily tamper with or discard votes they don’t like.”

Former Acting Director of National Intelligence Richard Grenell shared the clip on Twitter at the time, writing, “This is cheating.”

Responding to the video, the Los Angeles County Registrar-Recorder/County Clerk said that ballot envelopes have had holes for years.

“The design of the ballot return envelope is not new and has been used for several election cycles—and the design is a recommended accessibility practice by civic design consultants,” a spokesperson for the office told The Epoch Times in an email, pointing to advice from the Center for Civic Design.

“The intent and purpose of the holes are two-fold: to assist with accessibility for low vision voters to locate where to sign the envelope and to ensure no ballots were missed and left in envelopes once our office has received and processed them.”

The office told concerned people on social media that the envelope design “does not interfere with postal or sorting equipment.” It declined to answer whether any problems have arisen in the past with the holes.

Phill Kline, director of the Amistad Project, said in a statement that a voter “should never be forced to reveal their vote by negligent design.”

“Unfortunately, it appears these flaws are pushed by the same group of shadowy nonprofits who dictated election policies that turned government offices into partisan get-out-the-vote centers,” he said.

The recall election of Newsom, a first-term Democrat, is set for Sept. 14 and follows mounting criticism from within his party and from Republicans over his handling of the COVID-19 pandemic and other issues.

He faced intense backlash after he was seen dining at the French Laundry restaurant in Napa County with lobbyists last fall after telling Californians to stay home, and as COVID-19 cases surged. Newsom apologized for the incident.