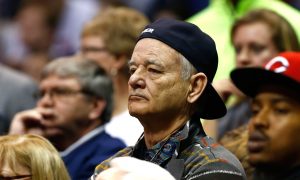 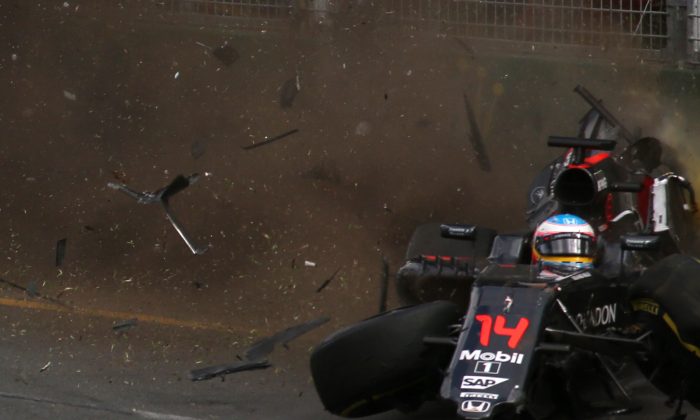 Formula One driver Fernando Alonso walked away from a vicious accident Sunday on lap 16 at the Australian Grand Prix that saw his McLaren-Honda flip over twice before crashing into a wall on the track’s third turn.

The car was completely demolished, yet Alonso got out immediately and walked away from the wreckage without a scratch on him. Watch the clip here:

The accident occurred when Alonso went to pass Esteban Gutierrez on the outside, just before the third turn. But as he tried to go around, his front right tire clipped Gutierrez’s rear left tire.

The accident caused a 20-minute delay. Meanwhile, Alonso was declared the “luckiest man alive” by the Herald Sun.

Creo que se refieren a mi… I guess….it’s me! Hora de subirme al avión y descansar unos días para recuperarme bien. Gracias a todos!! Time to take the plane and rest couple of days for a full recovery. Thanks to all of you!! #suerte #luckyman #seeYouNextYearAustralia

Alonso recounts the horrific accident for reporters here, saying how he wanted to get out of his car quickly because he knew his mom was watching.

Meanwhile, the remains of his car make it all the more shocking that he walked away so quickly.

Fernando Alonso says he is lucky to be alive after a crash at the Australian Grand Prix https://t.co/vrI1tCOh4t pic.twitter.com/DCx0qkIcdR