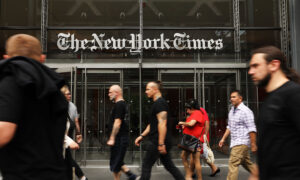 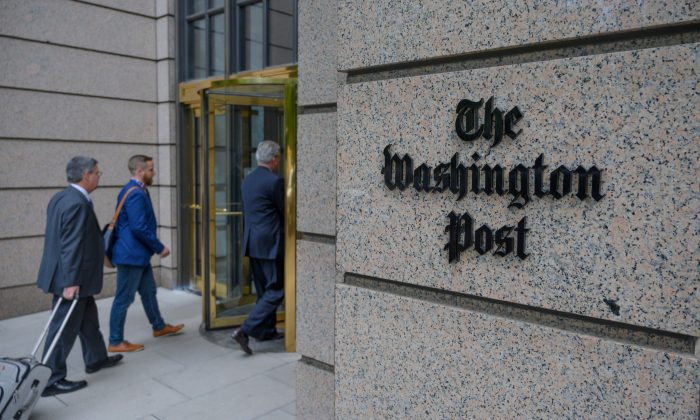 The Washington Post recently announced that it’s adding more than 150 new jobs to its newsroom, bringing the total number to more than 1,000, the largest staff in the paper’s nearly 150-year history.

In the wake of recent layoffs at Vox, Vice, BuzzFeed, Gannett, and The Los Angeles Times, does the Post’s good news signal a turnaround for a media industry that was anticipating more belt-tightening measures in the post-Trump era? No, it just means owner Jeff Bezos is making a run at the paper’s main rival, The New York Times.

But neither are competing to own the market on hard-hitting reporting and sharp opinion, for they are unlikely to cover a Joe Biden administration any more critically than they reported on former President Barack Obama’s two terms. That metric is especially relevant after Obama all but admitted recently to television celebrity Stephen Colbert that Biden is simply an avatar for his third term.

And that’s where Bezos sees an opportunity.

The Post is positioning itself to become the main warehouse for collection and distribution of communications shaped to advance the networked interests of big tech, media and social media, government agencies, and progressive political operatives. In other words, the Post is transitioning from media organization to intelligence operation. By staffing up to help push an agenda completing Obama’s long-envisioned transformation of America, Congress’s hometown paper is outgunning the competition to win the role of official state media.

Conservatives have frequently described the Post as “Pravda on the Potomac” for its liberal views. That’s historically true of the press as a whole, but the perspective is outdated. The U.S. political sphere can no longer be understood in terms of left and right, Republicans and Democrats, or else it would be hard to explain why the press has partnered with the FBI and other intelligence bureaucracies that the left previously regarded as a threat to democracy.

What happened? The advent of the internet in the 1990s broke the media’s financial model, which led to the collapse of its ethical and professional standards. With hundreds of media outlets out of business, the prestige press was replaced by social media platforms whose political and economic interests intersected with a globalized tech industry and the government consumers of many of its most sophisticated products. For instance, Bezos also owns Amazon Web Services, which furnished and maintains the “cloud” technology on which the CIA stores its information.

It was during the four-year-long coup targeting Donald Trump and the foundations of the republic that the new political anatomy began to materialize. Under the new regime, journalists and intelligence officers became courtiers servicing oligarchic interests. Thus, the purpose of the communications infrastructure they preside over is to protect the oligarchy’s leading members and destroy its enemies. The war began before Trump was inaugurated.

With its Jan. 10, 2017, story leaking news that Obama’s intelligence chiefs had briefed the president-elect on a former British spy’s Democrat-funded memos, CNN ushered in the Age of the Dossier, legitimizing reports sourced to conspiracy theories as news. NBC/MSNBC openly modeled the new media condominium joining the press and spy services with former senior CIA officers such as John Brennan under contract to push establishment propaganda. But the print press was the coup’s operational center of gravity, and The Washington Post its most important instrument.

Bezos’s paper was the main staging ground for the set of crimes inarguably committed during the course of the FBI’s and then special counsel’s investigation of the Trump campaign. The crime spree began in winter 2017, when the Post published stories sourced to leaks from a classified intercept of a telephone conversation between incoming national security adviser Michael Flynn and the Russian ambassador to the United States. No one has been charged with the Flynn leaks, or any of the other leaks of classified information given to the Post that helped advance the collusion narrative.

The Post was rewarded for its work, sharing a 2019 Pulitzer Prize with The New York Times for publishing stories sourced to criminal leaks of classified intercepts to advance the fake collusion narrative.

The Post also was the launching pad for the impeachment leg of the anti-Trump coup. CIA official Eric Ciaramella’s August 2019 memo claimed that Trump had made military aid to Ukraine contingent on the Ukrainian president’s investigation of alleged Biden family corruption. After the Justice Department ruled that Ciaramella’s allegations didn’t meet the statutory requirements of a whistleblower’s complaint, the plotters used the Post as a backdoor to get the memo into intelligence channels and in front of the public.

The paper’s Sept. 5, 2019, editorial, claiming that Trump was “attempting to force [Ukraine’s president] to intervene in the 2020 U.S. presidential election by launching an investigation of the leading Democratic candidate,” simply retooled the collusion narrative, substituting Ukraine for Russia as the foreign power from which Trump allegedly sought help in defeating his electoral rival.

And thus, the Post gave new life to the coup that it had helped initiate with the Flynn leaks.

The ongoing struggle to decide the fate of the republic will depend on the information and communications to which its defenders have access. This news organization and recent initiatives such as Parler and Rumble should be seen as strongholds.