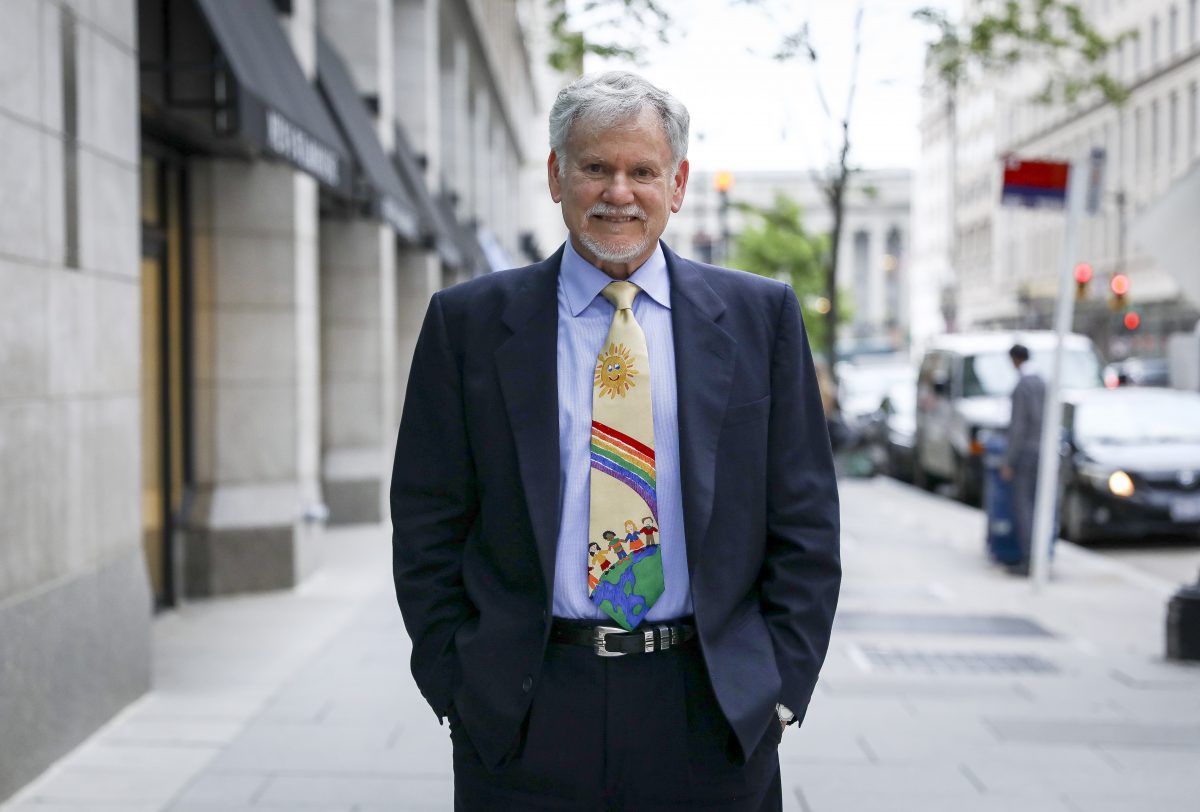 Warren Farrell, on ‘The Boy Crisis’

“Ninety-three percent of our prisoners are male, but of those 93 percent males, more than 90 percent of them are dad-deprived males,” Warren Farrell, an American educator and a prolific author on men’s and women’s issues, said in an interview with The Epoch Times for the “American Thought Leaders” program.

In his view, the lack of a father figure in the home is the single greatest predictor of what he describes as “the boy crisis”: across developed nations, boys are doing worse than girls in every academic subject, but especially in reading and writing. And more boys suffer from a lack of purpose, mental illness, and addiction to various kinds of immediate gratification.

His most recent book is titled, “The Boy Crisis: Why Our Boys Are Struggling and What We Can Do About It.”

“When I started doing the research for ‘The Boy Crisis,’ I found that in 56 of the largest developed countries, boys were having problems,” Farrell said.

In these countries, he said, it’s more socially permissible for married couples to divorce and for unmarried women to have children. And the boys who grew up in such fatherless families tend to fare worse than their counterparts in intact families.

For a variety of different reasons, they might “feel like they’ve been a loser at school, that nobody’s paying attention to them,” Farrell said. “They haven’t had their testosterone channeled well. They’re trying to get attention in one way or the other, depending on their community and their culture.

“At some point, they say, I’ll get people to wish that they paid attention to me, and valued me,” he said.

The Importance of Father Figures

“The problem isn’t mothers not working hard enough. Mothers work extremely hard and they’re some of the hardest working people in the world,” Farrell said. But single mothers are often overwhelmed, working around the clock at their workplace and at home.

And in a fatherless home, although a child might grow up with a nurturing, sensitive, and caring mother, he doesn’t have an authoritative male role model to look up to, especially if most of his teachers are also female.

Furthermore, he said, boys—unlike girls—are socially less encouraged to cry out, ask for help, and express their feelings. And in a mother-only home, they miss out on the special bond between father and son.

Generally more tough-loving than mothers, fathers tend to parent by roughhousing. The father might say, “OK, kids, jump off the couch and onto my back and your job is to pin me before I pin you down,” Farrell said. Such a dynamic creates a bond with the child that most good dads can then use to enforce rules and boundaries, he said.

The father might say, “OK, yes, you can pin me, but Jimmy, you stuck your elbow into your sister’s eye. You’re not allowed to do that. That’s not okay. So if you do that again, there’ll be no more roughhousing.” Along the way, Farrell says a child learns boundaries as well as empathy for others.

And because fathers tend to be stricter, they are better able to teach children about patience and postponed gratification.

As an example, Farrell offered a scenario in which a mother promises ice cream to her child if he finishes his peas. The child will likely try to minimize how many peas to eat before they get the ice cream. After eating 10 peas and whining a bit, the mother might concede because she doesn’t want to get into a fight over a few peas. “The child at least tried,” the mother might think. Upon seeing this, the child might even try to get away with eating just five peas the next time.

The child might whine—“‘Oh, Dad, you’re so mean. You know, Mom isn’t like that”—but fathers are more inclined to put their foot down. “‘You can continue complaining by the way too, and then there’ll be no ice cream tomorrow night or tonight.’”

Upon realizing he can’t bargain with his dad, the child slowly learns postponed gratification, Farrell said.

In Farrell’s view, this partially explains why children raised predominantly by dads are half as likely to have ADHD. “The child learns from the dad that she or he has to pay attention.”

Of course, mothers can also roughhouse and be strict with children, Farrell said, but generally, mothers are less likely to do so than fathers. When a boy isn’t taught postponed gratification, he finds it much harder to accomplish his goals for himself, and instead is distracted by the next text message, the next video game, or the next television show, he said.

“The result is they feel more ashamed of themselves. The teacher doesn’t give them praise. The kids don’t respect them, as well. And when it comes to boy-girl time, girls go out with winners, not losers,” Farrell said.

“That’s when you start having the addiction to drugs, alcohol, and pornography of many types, addiction to video games. And you have boys that just can’t get their lives together,” Farrell said.

From Feminist to Advocate for Boys

Although Farrell is now a vocal advocate for boys and men, he was actually once a leading male feminist. He was the only man ever elected three times to serve on the board of the National Organization for Women in New York City.

“At the beginning, when I was involved with the feminist movement, the basic message was ‘I am woman, I am strong.’ And now it’s much more likely to be ‘I am woman, I’ve been wronged.’ And when you start focusing on women and all the ways they’ve been wronged and all the ways they’ve been victims, you start getting victim power. And you begin to hone victimhood as a fine art,” Farrell said.

Men and women shared the same goal, which was: “I will do what I need to do to sacrifice myself in order to make my children’s lives better than mine,” Farrell said.

But now, “Feminism 101 in almost all countries in the world says basically that we live in a patriarchal world dominated by men who made rules to benefit men at the expense of women,” Farrell said. “Nothing could be further from the truth. Having male-only draft registration even today in the United States is not a benefit to men. It’s saying ‘I’m willing to sacrifice myself, so you will be protected.’”

If men could really create the rules to their benefit, why didn’t men decide that women should be the ones expected to pay for dates and engagement gifts and to earn money to support the family?

Instead, these social rules apply to men, not women, Farrell said, and men are expected to earn much more to support the family than women.

And this also helps to explain the so-called gender-wage gap. In 2005, Farrell authored a book on the topic, titled “Why Men Earn More: The Startling Truth Behind the Pay Gap—And What Women Can Do About It.”

He argued that as breadwinners in the family, men are more likely to take on more dangerous and less desirable positions, or work longer hours to earn higher pay. “Dads quit jobs like being a musician and actor or whatever—the love jobs—and they go into jobs that pay more,” he said.

Another key piece of evidence that debunks the narrative of a gender wage gap, he said, is to compare the incomes of women and men who have never married or had children: Women in such a situation earn 117 percent what their male counterparts earn.

Yet, the gender wage gap is constantly used as evidence of gender discrimination and a male patriarchy.

“Feminism has become its own form of toxicity. And this really needs to be confronted,” Farrell said. “When only one sex wins, both sexes lose.”

Jan Jekielek
Senior Editor
Follow
Jan Jekielek is a senior editor with The Epoch Times and host of the show, "American Thought Leaders." Jan’s career has spanned academia, media, and international human rights work. In 2009 he joined The Epoch Times full time and has served in a variety of roles, including as website chief editor. He is the producer of the award-winning Holocaust documentary film "Finding Manny."
SHARE
Friends Read FreeCopyFacebookTweet
You May Also Like