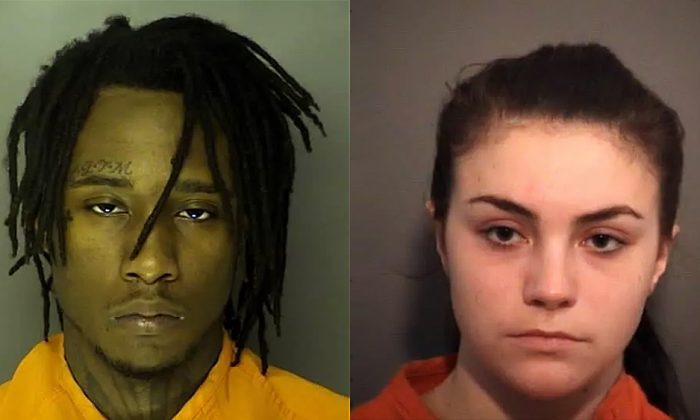 Police arrested a shoplifter in a South Carolina Walmart on Christmas Eve got an unexpected gift—they caught what appears to be a major drug dealer.

He was stopped because his girlfriend tried to steal about $25 worth of merchandise.

Employees at the Walmart at 550 North Highway 17, Myrtle Beach, South Carolina were helping Christmas shoppers when they allegedly saw a young lady helping herself to $25.48 worth of merchandise, reported 9News. The employees told police they saw the young lady conceal the goods and walk past the cashiers towards the exit of the store.

Employees brought the couple to the asset protection office and called the police.

That is when things got really interesting.

Police asked Stanley if he was armed. He replied affirmatively. He also told them the gun might have been stolen.  With the concealed weapon as probable cause, police searched Stanley’s backpack and found quite a haul of extremely hazardous substances.

Stanley was carrying a Ruger 9 mm pistol. He was also carrying a pharmacy’s worth of illegal drugs: three-quarters of an ounce of pot, 56 unidentified blue pills marked ”K9,” (probably 30-mg doses of oxycodone,)  25 pills inscribed with the number 3060 (possibly amphetamines,) one pill marked “A/214” (probably a 15-mg dose of oxycodone,) three unused Fentanyl patches, and about 3,190 doses of heroin.

North Myrtle Beach police officers arrested both young people. Stanley, a resident of Calabash, North Carolina, was charged with unlawful carrying of a pistol, trafficking heroin, 4 counts of possession of scheduled drugs including narcotics, LSD, cocaine, and simple possession of marijuana. He posted $51,500 bond on Tuesday, Dec. 26, and went free.