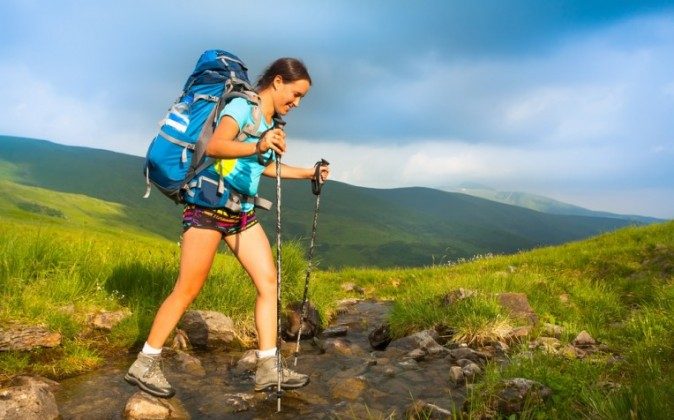 Walk Your Way to a Bigger, Better Brain

We don’t often think about taking our brain on a brisk walk or run but that’s the advice British researchers are offering after studying the potential benefits of exercise for staving off dementia.

Professor Clive Ballard researches age-related diseases at Kings College London and found that exercise has a more noticeable impact on slowing cognitive decline than completing puzzles, which are well-known to maintain brain health. Specifically, brisk walking or moderate jogging for 40 minutes three times a week will help people protect themselves from the ravages of dementia.

Ballard’s work echoes findings from the University of Pittsburgh.  Earlier this year, researchers at the University found that participants in their study experienced brain growth after three weekly sessions of moderate exercise – like a fast-paced 40 minute walk.  Considering our brains shrink by about one percent annually, the researchers considered a two percent increase in brain size to be significant.  They also found that the participants between the ages of 55 and 80 who exercised experienced an increase in the size of the hippocampus.  This part of the brain is largely responsible for our memory and ability to discern spatial relationships.

Research in 2010 by the University of Cambridge and the U.S. National Institute on Aging in Maryland explored the exercise-brain health connection in mice. Scientists found that mice that ran an average of 15 miles a day doubled the scores of their sedentary companions on memory tests. Fortunately, humans don’t have to run mini-marathons to see the benefits of taking their brains out for some exercise.

Ballard, who is leading a long-term study on “brain training” for older people found that intellectual games like crossword puzzles offer little positive impact on brain health when it comes to cognitive disorders  that fall under the general term of dementia.  He also found they did not offer protection against Alzheimer’s disease, arguably the most well-known and feared form of dementia. That’s not a good enough reason to stop enjoying your crosswords and Sudoku puzzles.  Just remember to get up off the couch and take your brain for a lap around the block.

This article was originally published on www.care2.com read the original here

Photo of trekking girl via Shutterstock