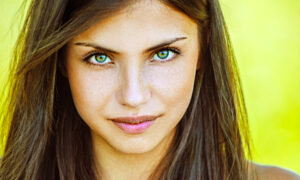 What Your Eye Color Can Tell You About Your Personality, According to Scientific Studies
0
Share Now
TelegramFacebookTweetEmailTellMeWeReddit
Copy Link 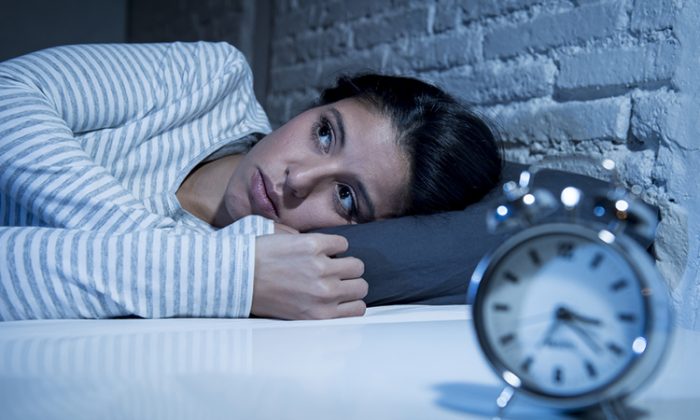 Many people have trouble sleeping these days or may wake up at certain hours at night not knowing why. For some, it has become a habit and they don’t think much more of it. But did you know that this “awakening” may mean that your body is communicating something deeper?

The ancient practice of Traditional Chinese Medicine (TCM) studies “energy meridians” of the body, which are said to be connected to an internal clock mechanism that energizes the body. According to this ancient practice, not being able to sleep during certain hours or waking up in the middle of the night is something that we should not take for granted.

Waking up at a certain time during the night or in the early morning could mean your body is communicating physical or emotional issues related to your overall well-being. Indeed, it is said that we receive messages from a “higher power” during our rest cycle, and this could be one explanation as to why we wake up at a given hour.

So, if you do wake up at a certain time each night or can’t sleep, let’s see if we can’t find out why.

The hours between 9 p.m. and 11 p.m. are when many people usually go to bed. If you are having a hard time sleeping during this time, it could mean that you are under a lot of stress. Freeing your mind of all worry through meditating can be an effective way to help you fall asleep during these hours.

According to traditional Chinese medicine, these are the hours that the gall bladder is at work, wherein it breaks down all the fat you have consumed during the day. It is advisable to switch to a healthier diet if waking during these hours becomes regular.

It could also mean that you go to bed with too much emotional baggage. Learn to let go and move on. Let go of disappointments and resentment, while learning to accept and forgive.

Waking up at these ungodly hours for any reason is a real bummer. Traditional Chinese medicine states that the associated time meridian relates to the liver and having too much anger or “yang” energy. They also say that anger and the liver function are closely related.

“Anger is the emotion associated with the liver. If you are often irritable, get angry easily, have trouble unwinding from the day’s activities, have trouble reasoning or going with the flow and letting things go, you are experiencing a liver function problem,” according to Traditional Chinese Medicine World Foundation. “Experiencing these emotions chronically or excessively can seriously unbalance the function of your liver.”

One way to alleviate this is to drink a glass of cold water or to meditate before going to bed, not to mention trying letting go of any deep-seated anger.

The wee hours between 3 a.m. and 5 a.m. are closely related to the lungs and sadness. Also, it could mean that a “higher power” may be trying to tell you something, which could lead you to a greater life mission. One way to get back to sleep is to think of happy thoughts, breathe deeply, and close your eyes.

Waking up at these hours is quite normal for many of us, yet traditional Chinese medicine dictates that this time is connected with the energy of the large intestine, and may also signal emotional baggage one is carrying that one is not ready to let go of. If you need to get back to sleep, try some stretching exercises, go to the bathroom, and then see if you can get some more rest.

We should definitely listen to what our bodies are telling us because indeed, there is a lot to us—a lot more than we may know! We may think that we wake up during these ungodly hours simply for some superficial reason, yet ancient wisdom has over the centuries accumulated far more wisdom than modern science has about who we are from inside out, and about just what makes our body clocks tick.

More ways you can improve your sleeping habits

Sleep can affect your health, your mood, and your ability to concentrate and perform well in your daily life. Various sleep disorders, according to Traditional Chinese Medicine, are related to imbalances of qi in the body. Of the 12 qi meridians (believed to be conduits through which qi circulates) of the body, six are considered yin in nature (which are activated at night), while the other six are yang in nature (which are activated during the day).

Generally speaking, having insomnia can reflect a deficiency of yin in the body, while oversleeping can be caused by a lack of yang in the body. Traditional Chinese Medicine prescribes several remedies that can help to bring the body back in balance by adjusting the qi of the body.

Self massage before sleep

Stimulation of the anmian, or “peaceful sleep,” acupuncture point can be helpful for relaxation before bed. The anmian is located behind the ear, at the indentation next to the mastoid process (the boney protrusion behind the ear, near the base of the skull). Placing a finger on the depression and putting slight pressure while performing a circular motion 100 times will do.

Another technique of massaging the lower legs and feet before bed can also increase blood flow to the lower body—away from an overactive brain, which can help in getting shuteye.

Combined with a foot massage or by itself, a foot bath not only moves blood flow away from the brain to the feet but also helps relax the body and mind.

It’s best to ensure you are asleep by 11 p.m., as that is when the liver and gallbladder start regulating qi in the body. They also process emotions, balance hormones, and detoxify the body. According to modern science, these are also the hours when the stress hormone cortisol is reduced, which can reduce anxiety during waking hours.

This leads credence to the saying that “Every hour of sleep before midnight is worth two after midnight.”