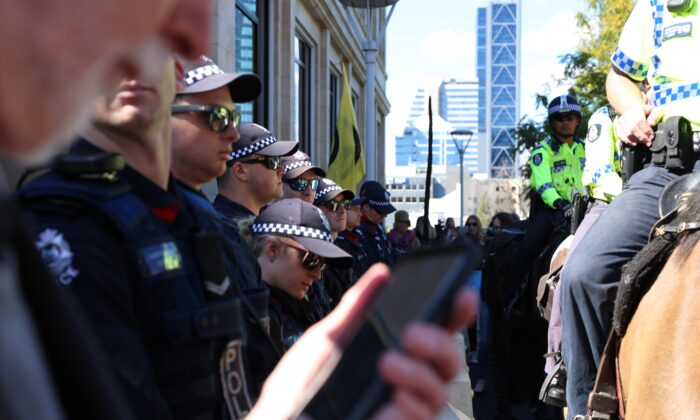 The Western Australia (WA) government has worked quickly to shackle police after it was unveiled that the department had legally gained access to user location data through the state’s COVID-19 tracing app, SafeWA.

New legislation was introduced on June 15 to ban WA police from accessing SafeWA data after it had used personal information for two separate murder investigations—despite promises the app would only be used for contact tracing purposes.

Compulsory contact tracing was mandated following the launch of the SafeWA app in November 2020 and has since garnered around 250 million total scans and close to 2 million total user registrants—equivalent to three-quarters of WA’s population.

WA Premier Mark McGowan said his requests for police to halt operations were ignored after he was initially made aware of the app’s unintended use earlier in the year.

“I became aware in April this year that police had used the app on two occasions in criminal investigations,” McGowan told Parliament (pdf).

“I requested that the police no longer do that, but the Police Commissioner advised me that his officers are exercising their rights under the law and are just doing their job,” he said. “I accept that.”

However, SafeWA’s privacy policy states that the data stored on Amazon servers could be disclosed if requested by law.

“Amazon is subject to both Australian and overseas laws that may require the disclosure of your information (in limited circumstances) to government authorities here and overseas,” the policy states.

WA Police Commissioner Chris Dawson defended his department’s use of the data, saying that its legal usage was justified when it came to convicting perpetrators of the murder.

“The police have only got information twice out of 240 million transactions, and they are exceptional circumstances, and it is lawful,” Dawson told 6PR.

“If any person is murdered, the police have a duty to collect the best possible evidence and put that before the court,” he said. “I expect my officers to do everything possible to bring a murderer to justice and to bring a person who stabs another to justice.”

The legal and unintended usage of the app has drawn heavy criticism including from the Digital Rights Watch who said the actions had undermined trust between the public and the police.

“The public were explicitly told that contact tracing check-in data would not be used for anything other than public health contact tracing purposes,” a Digital Rights Watch spokesperson told The Epoch Times.

“Police access to the WA COVID-19 check in-app data is a betrayal of this public trust,” the spokesperson said.

“While we are glad to see moves to change the law in WA as a result, it’s disappointing that it took an abuse of trust and inappropriate access to people’s personal information to prompt lawmakers to consider this possibility.”