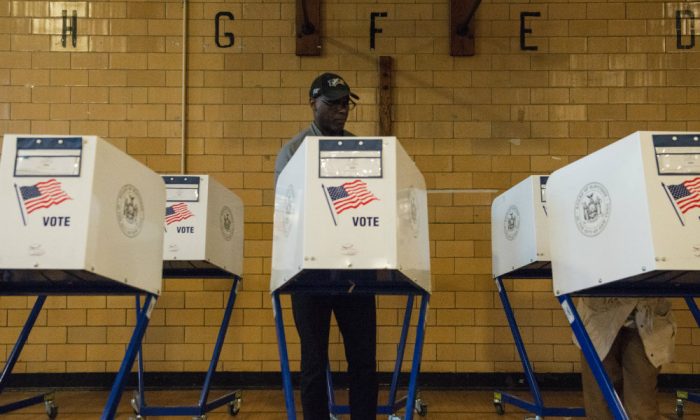 Claims of Voter Suppression in New York During Primaries

As voters headed to their polling stations for the important New York primary on April 19, reports of voter suppression have surfaced, with claims that machines are malfunctioning, polling places were opened later than advertised, and voter’s names didn’t appear or were removed from registration lists.

New reports say there were 126,000 Brooklyn Democrats were removed from the list of registered voters.

Early reports by WNYC found that the number of registered Democrats dropped in Brooklyn by 63,558 voters between November 2015 and April 2016. However, new reports say there were 126,000 Brooklyn Democrats were removed from the list of registered voters.

Michael J. Ryan, the executive director of the elections board, told the New York Times that voter rolls would be checked, but that the decline in Brooklyn did not shock him. He said that there were 800,000 registered Democrats in that borough, and that thousands of people were added and removed from the list every year.

There was a “report a couple years ago that said there were people on the lists who didn’t belong there,” Mr. Ryan said. “Now we take people off the list who don’t belong there, and there’s some blowback, criticism that we’ve done it inaccurately.”

That makes Brooklyn the only borough to show a drop in Democratic voters, and only 7 of New York’s 62 counties have seen a drop in numbers, with the rest seeing increases.

Mayor Bill De Blasio even weighed in, saying “This number surprises me.”

After numerous reports of voters showing up and not being able to vote, De Blasio issued a full statement:

Hillary Clinton and Bernie Sanders are vying to pick up as many votes in the Empire state as possible.

A win for Sanders would prove to be an upset that would alter the narrative of the primary race going forward.

Sanders was trailing Clinton in the polls leading up to the primary by double digits.

Clinton has been confident, touting her experience in the state as a New York State Senator.