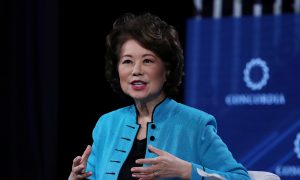 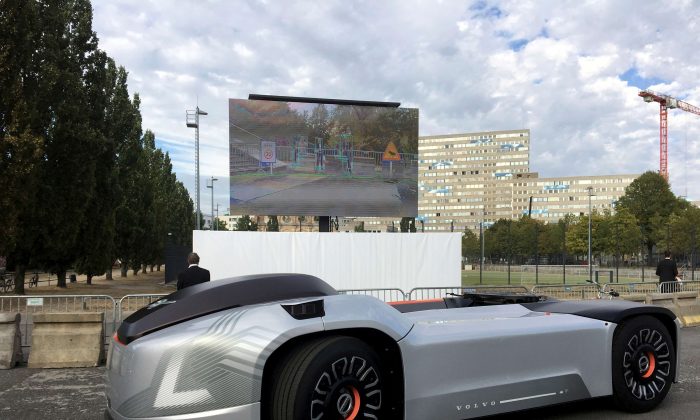 A self-driving Volvo electric truck with no cab called Vera is seen during a presentation in Berlin on Sept. 12, 2018. (Reuters/Emma Thomasson/File Photo)
Europe

Veoneer said the Zenuity software for Level 4 autonomous driving—the second-highest level—would be tested in a Volvo car by trained drivers with their hands off the steering wheel at a maximum speed of 80 kilometers per hour (50 miles per hour).

The venture is striving to keep up with larger rivals in the race to develop self-driving vehicles.

General Motors’ Cruise has said it is ready to deploy a self-driving car with no manual controls, while Germany’s BMW and Audi have also secured testing rights.

Securing permissions has become tougher since an accident involving a Volvo car that Uber was using to test its own self-driving software. Uber last month resumed limited testing on public roads.

Zenuity has been running tests in Sweden to collect data to develop autonomous functionalities and sensors, while Volvo has been carrying out separate tests to gather data to improve driver experience and study driver behavior.

“It is a strong proof-point for the progress of Zenuity’s self-driving capabilities,” he said.

Volvo has goals of delivering self-driving cars sometime after 2021 and deriving a third of its sales from fully autonomous cars by 2025.

Documents obtained from the Swedish Transport Authority showed Volvo in September secured the right to test self-driving cars at 80 kph and the permit removed a previous condition that a driver has at least one hand on the steering wheel.