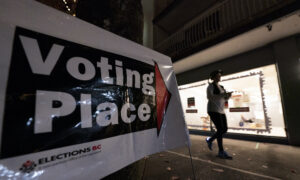 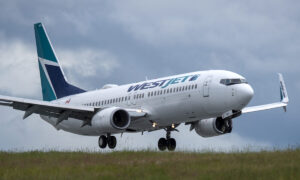 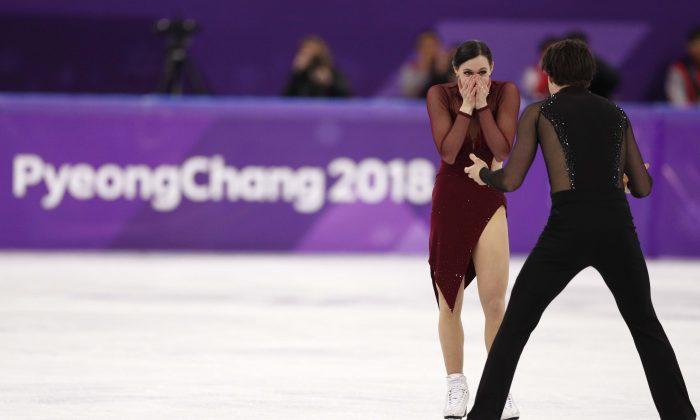 GANGNEUNG, South Korea—Canadian ice dancers Tessa Virtue and ScottMoir claimed their second Olympic gold medal with a brilliant free dance on Tuesday, edging to the top of the podium by less than a point and breaking the world record.

Skating last to “Moulin Rouge,” the pair embraced and grinned on the ice after their dynamic performance that had the audience roaring.

They won with a total score of 206.07, eclipsing the world record that had been set just moments before by French pair Gabriella Papadakis and Guillaume Cizeron, who finished on 205.28.

The Canadian pair, who won gold in Vancouver eight years ago, have dominated the event since they returned to competition after retiring following a silver at the Sochi Games four years ago.

They made a comeback late in 2016 and powered to a number of world records with only one defeat along the way.

That loss, in the Grand Prix Final in Japan last December, was to Papadakis and Cizeron, who struggled in their short program on Monday after the top of Papadakis’s costume came loose.

The pair’s ethereal free dance had the audience at the Gangneung Ice Arena clapping and set a new world record for both the free skate—they scored 123.35 and topped the Canadians—and the total score.

Virtue and Moir broke that record fewer than 15 minutes later, when they scored 122.40 in the free program, having taken a 1.74-point lead from the short skate.

American siblings Maia and Alex Shibutani, known as the “Shib Sibs”, won bronze after entering the free dance in fourth. They finished on 192.59.