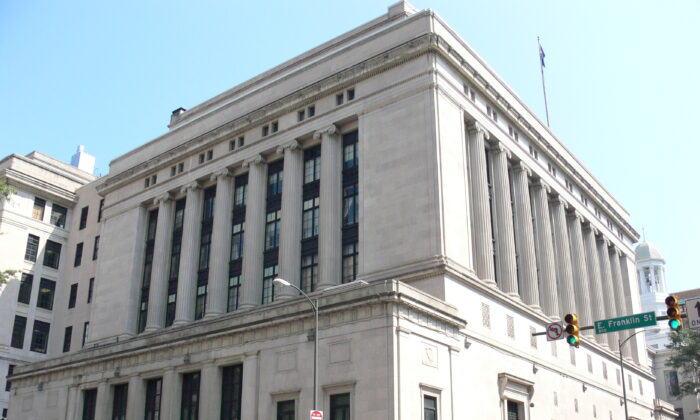 Loudoun County Public Schools (LCPS) in Virginia must reinstate gym teacher Tanner Cross, who was suspended after speaking out in public against a proposed policy that would force him to go against his conscience by professing that a boy can be a girl and vice versa, the Supreme Court of Virginia has ruled.

The Aug. 30 ruling in the case, known as Loudoun County School Board v. Cross, record number 210584, upheld a June ruling by Judge James E. Plowman. The state circuit judge stayed Cross’s suspension, finding that if the case went to trial, the school district would be found to have violated the teacher’s First Amendment rights. Cross was suspended after stating his beliefs at a school board meeting on May 25.

Plowman rejected the argument that the school district suspended Cross not because he spoke against the forced pro-transgender speech policy, but rather because of what the district termed the “significant disruption” that his speech allegedly generated in the school system. The Supreme Court of Virginia agreed with Plowman’s ruling.

Cross’s lawyer, Alliance Defending Freedom senior counsel Tyson Langhofer, said that teachers “shouldn’t be forced to promote ideologies that are harmful to their students and that they believe are false, nor should they be silenced for commenting at a public meeting.” Langhofer is also director of the ADF Center for Academic Freedom.

“The lower court’s decision was a well-reasoned application of the facts to clearly established law, as the Virginia Supreme Court found,” he said.

“But because Loudoun County Public Schools is now requiring all teachers and students to deny truths about what it means to be male and female and compelling them to call students by their chosen pronouns or face punishment, we have moved to amend our lawsuit to challenge that policy on behalf of multiple faculty members.

“Public employees cannot be forced to contradict their core beliefs just to keep a job.”

Cross has worked for LCPS for eight years as an elementary school physical education teacher. The school board is currently considering whether to adopt Policy 8040, on the “Rights of Transgender Students and Gender Expansive Students.”

According to a court summary, the school system’s new proposed transgender policy would allow students to use a name different than their legal name; let students use gender pronouns different from those corresponding to their biological sex; force school staff to use students’ chosen names and preferred gender pronouns; and let students use school facilities and participate in extracurricular activities consistent with the gender identity they choose.

Gender identity itself is a disputed concept. A lack of linguistic clarity has clouded the issue in recent years as the concepts of sex and sexual identity, or gender—a politically and scientifically contentious concept whose definition isn’t universally agreed upon—have become difficult to separate. Despite the distinct meanings of the two words, many institutions and individuals use “gender” to mean biological sex, especially on fillable forms and documents.

At the May 25 meeting of the LCPS school board, Cross prefaced his remarks by saying he was “speaking out of love for those who suffer with gender dysphoria” after a “60 Minutes” report on more than 30 young people who had “transitioned” but felt that they’d been “led astray” about the process.

“It is not my intention to hurt anyone,” Cross said, “but there are certain truths that we must face when ready. We condemn school policies like 8040 … because it will damage children, defile the holy image of God. I love all of my students, but I will never lie to them regardless of the consequences. I’m a teacher, but I serve God first. And I will not affirm that a biological boy can be a girl and vice versa because it is against my religion. It’s lying to a child. It’s abuse to a child. And it’s sinning against our God.”

The Supreme Court of Virginia found that government employees do not surrender their right to speak out on public issues.

“Looking to federal precedent as persuasive, it is settled law that the government may not take adverse employment actions against its employees in reprisal for their exercising their right to speak on matters of public concern,” the 14-page court opinion stated.

The court found that any inconvenience experienced by the school district as a result of Cross’s speech is less important than the teacher’s right to communicate about what the court called “fundamental societal values,” and added that the “only disruption” the school district can point to is “that a tiny minority of parents requested that Cross not interact with their children.”

It is unclear whether Loudoun County Public Schools plans to appeal the decision to the U.S. Supreme Court.

Wayde B. Byard, public information officer for the school district, said that “LCPS does not comment on pending litigation.”