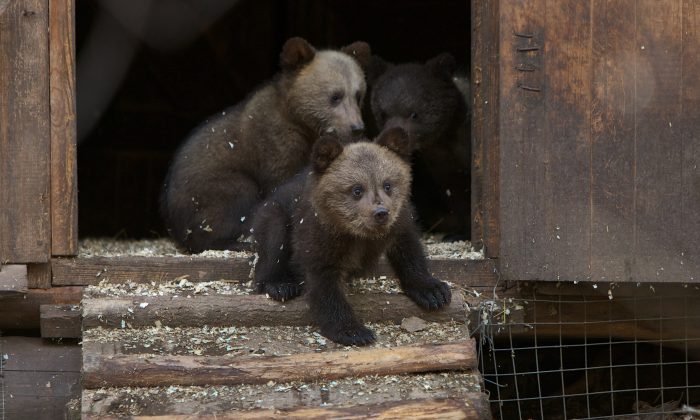 The adorable club struck the poses while on a family jaunt through a forest in the country’s Kainuu wilderness.

The bear gets up on its hind legs and rotates its paws and body into different poses.

Its mom and siblings, though, take little notice of the preening creature.

this DOES NOT surprise me at all..The Lakota say that MATO, the bear, is a two-legged..The first esteemed child of the…

“The sequence came to an end when the bear cub prodded its mum to join in, but she chose to continue investigating the ground instead,” reported the Daily Mirror.

Harry Eggens, 62, a fitness instructor from the Netherlands, caught the scenes on camera during a trip to Scandinavia.

An estimated 100,000 brown bears live throughout Europe and Asia, according to IFL. They reach up to 1,058 pounds.