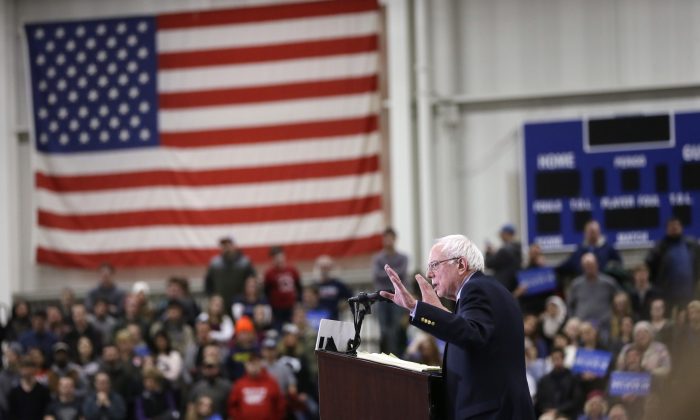 WASHINGTON—The Democrats’ seventh presidential debate plays out Sunday night in a city that has come to represent all that’s wrong with government. For 18 months, corrosive water from the Flint River leached lead into the drinking supply of Flint, Michigan, an impoverished, majority-black city whose local government was under state control.

And so it’s in Flint that Hillary Clinton and Bernie Sanders will face off in a debate designed to showcase their competing ideas about how to make government work better for ordinary Americans.

With just two days to go before Michigan’s presidential primary, expect the candidates to place considerable focus on the economy and trade in a state that’s been particularly hard hit over the years by shifting economic trends and globalization.

A guide to what to watch for in Sunday’s debate:

It used to be that you could always count on fractious Democrats to supply plenty of sound and fury in an unruly presidential race. This year, it’s the Republican candidates who’ve kept jaws dropping and heads shaking with their steady stream of shouts, insults and innuendos.

Expect Bernie Sanders in this debate to take a tough line with Clinton over her trade policies, ties to Wall Street and more. Expect Clinton to press her case that Sanders is offering unrealistic and inadequate solutions to tough economic problems. But it’s not likely that you’ll have to cover your children’s ears.

Clinton warmed up for the debate by delivering an economic policy speech in Detroit on Friday calling on other candidates to offer a “credible strategy” for raising wages. She’s sure to bring up in the debate her plan for a “clawback” of tax benefits for companies that ship jobs overseas, using the money to encourage domestic investment.

Manufacturing jobs in Michigan have rebounded from the depths of the Great Recession, but their numbers are still much lower than where they were 20 years ago. Wages are actually lower, after adjusting for inflation, than when the recession started in December 2007.

Michigan’s unemployment rate has fallen to 5.1 percent, its lowest mark in more than a decade, but still slightly higher than the national average of 4.9 percent.

Sanders is hoping to score a hit in Michigan with his argument that Clinton has supported trade deals with “disastrous” consequences for workers. Many Michigan communities have struggled with the shift of factory jobs to Mexico and Asia.

The Vermont senator is always happy to remind people that Clinton, as secretary of state, called the proposed Trans Pacific Partnership pact the “gold standard” of trade deals. But after details of the agreement were negotiated, Clinton opposed it, saying the final agreement didn’t address her concerns about jobs, wages and national security.

A Sanders ad in Michigan stresses that only one presidential candidate has fought trade deals “while others waffle.” Clinton’s campaign points to Sanders’ past opposition to the federal Export-Import Bank, which makes and guarantees loans to help foreign customers buy U.S. goods.

Clinton and Sanders have both been outspoken about the horror of Flint’s lead-tainted water. Both have visited the city and both have called for a strong government response. Watch them try to draw distinctions on a matter on which they basically agree.

Sanders has called for Michigan’s Republican governor, Rick Snyder, to resign over his handling of the crisis, faulting him for a “dereliction of duty.” Clinton has not.

Clinton, meanwhile, has made it a point to frame the Flint crisis in racial terms, saying it never would have taken so long to address the problem in a wealthy, white area. She’s held out her advocacy for the city as evidence that she’s a hands-on fighter for everyday Americans.

The city’s water became tainted when officials switched its supply from Detroit’s system to the Flint River in 2014 to save money. The impoverished city’s government was under state control at the time. Even before the water problem was revealed, the city faced considerable challenges. Some 42 percent of residents live in poverty, according to census data, and across the city, the average per capita income is just $14,527.

Sunday night might be a test of loyalty for Democrats who are also big fans of PBS’ beloved “Downton Abbey.” After six seasons, the finale of the British show airs at 9 p.m. on the East and West Coasts and generally at 8 p.m. in the Central Time Zone. The two-hour debate, meanwhile, starts at 9 p.m. EST.

Can Clinton and Sanders trump the quick-witted dowager countess, played by Maggie Smith? Don’t count out the dowager. Her acerbic repartee and smart takedowns of British aristocracy could be the envy of any debate participant. Viewers, er, voters, will have to decide what to watch live and what gets relegated to the DVR.