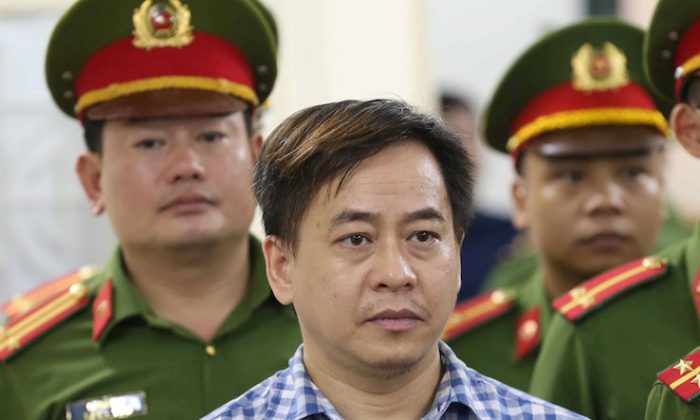 Property developer Phan Van Anh Vu had fled to Singapore seeking passage to Germany but was arrested in Vietnam earlier this year after Singaporean authorities deported him back home.

The government gave few details on its website of the trial, which was held behind closed doors under Vietnamese regulations that allow closed hearings to protect state secrets.

Vietnamese authorities are staging a crackdown on corruption that has led to the arrest of dozens of officials and business figures, and is entangled in political intrigue in the one-party communist state.

Vu had previously told his foreign lawyers that he was also a senior officer in Vietnam’s secret police. He had been trying to get to Germany and could have details of an operation in which another Vietnamese fugitive, Trinh Xuan Thanh, was spirited home from Berlin last year.

Last week a German court jailed a Vietnamese man named only as Long N.H. for helping his country’s secret services to kidnap Thanh, a former oil executive, and smuggle him back to Vietnam.

No one was available for comment at the People’s Court of Hanoi City outside of office hours.

Top officials have also become caught up in the crackdown.

Earlier this year, a former member of the Politburo, Vietnam’s top decision-making body, was jailed for a combined 31 years for economic mismanagement and violating state regulations while heading a state firm.

Then last week, Vietnam also suspended the minister of information and communications for mismanagement at a state telecoms firm.

Vu was also separately accused of tax evasion and abusing power while performing public duties in a separate case involving the selling and purchase of state properties in various provinces and cities, the police ministry had said.