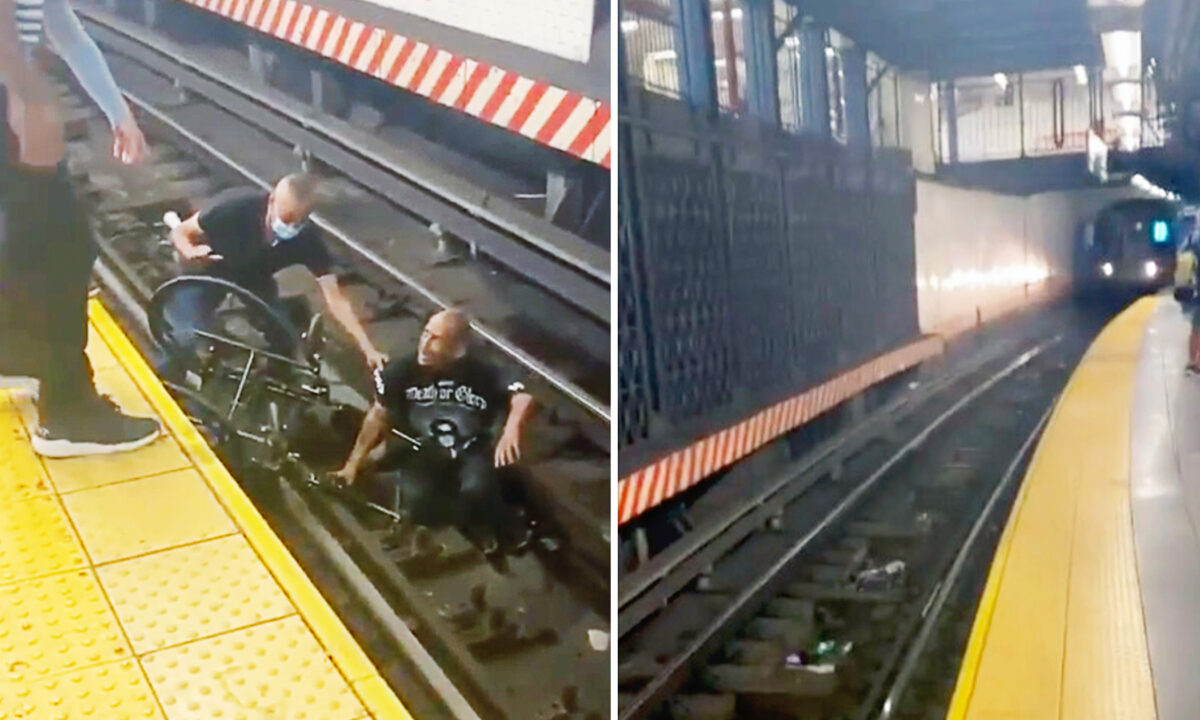 It was almost like an action sequence from a Hollywood film.

A dramatic rescue unfolded in a New York City subway station when a man in a wheelchair somehow ended up sprawled out on the train tracks.

Video footage taken at Union Square station on Aug. 4 shows a male good Samaritan jump down from the platform to help the fallen man in a precarious situation, struggling on the ground.

As this is happening, a voice is heard over the PA system: “There is a Downtown local 6 train to Brooklyn Bridge/City Hall approaching the station. Please stand away from the platform edge.”

The helper reaches for the fallen man’s arm, but realizes he needs to lift the wheelchair back onto the platform first before the rescue can take place. With the help of fellow subway users on the platform, the wheelchair is hoisted up.

Then, the good Samaritan heaves the man up from below while helping hands lift from above, and the man is shifted back onto the platform safely.

A rumbling sound is heard.

Then, the camera pans to the right and the lights of an oncoming train are seen. The train pulls up not 30 seconds after the rescue. As the train draws near, the driver gives a warning honk.

Reporter Lauren Mennen of CBS News witnessed and recorded the event as it unfolded.

“One man jumped right into action. He didn’t think twice whether he was going to go on those tracks,” she told the station. “I was like, people need this. There’s heroes in action and I was like I’m going to wave my hand at the train and it will all be good. I hope people just take positivity away from all this.”

The man was transported to Bellevue Hospital with non-life-threatening injuries, police told the station.