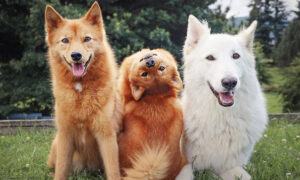 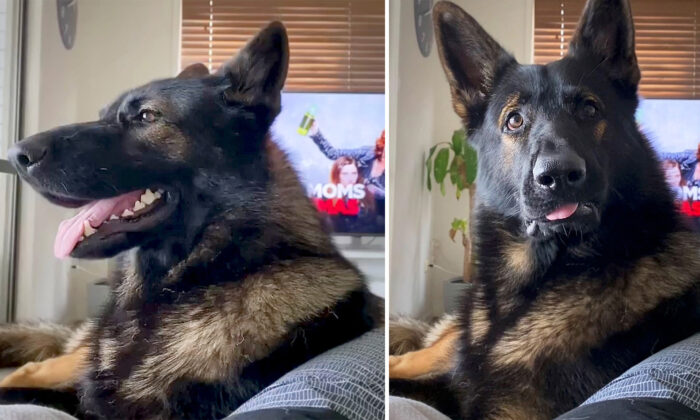 In a video that went viral on TikTok, an ex-police K9 yields a hilarious reaction, when his owner slips the word “cocaine” into an ordinary sentence to see if the highly trained sniffer dog will notice.

In the clip, German shepherd Dante starts off panting away blissfully, chilling with his owner Davey Rutherford—who adopted Dante after he was retired from the force.

Without a worry in the world, Dante looks as happy as a clam.

But the former K9 officer’s placid contentment is soon shattered when Rutherford reels off a few words, his grocery shopping list—but with a twist.

Then the owner slips in a tinged word that Dante is all too familiar with: “eggs, mayo, cocaine …”

On hearing that word, like a switch, Dante’s narcotics training instantly kicks in. His head whips to face his owner with a look of stone cold seriousness—no more panting, just laser focus.

“Just kidding,” adds Rutherford, who captured the priceless reaction on video for the whole world to enjoy. Not that it matters to Dante.

It seems Dante’s training—once carried out to serve and protect the public—has found a new purpose: offering entertainment and laughter for millions across the internet space, at a time when relief is, perhaps, needed the most.

Rutherford posted the video in late March, and it has since amassed over 2.9 million views on TikTok. Meanwhile, users on the platform, appreciating the humor of Dante’s reaction, left thousands of playful, clever comments.

“Dog has a past, beware,” another warned of Dante’s jaded past, ominously.

Rutherford posts his adventures with Dante the former police dog regularly on their TikTok account A_dog_named_dante.