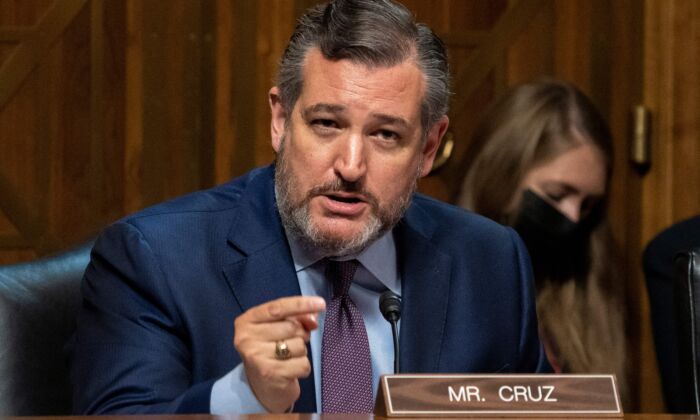 In a 6–3 vote, the Supreme Court struck down as unconstitutional a campaign finance rule regulating the repayment of loans by a candidate to his own campaign, handing a win on May 16 to Sen. Ted Cruz (R-Texas), who challenged the Federal Election Commission (FEC) regulation.

“[The decision] is a resounding victory for the First Amendment,” a spokesperson for Cruz told The Post Millennial.

“Sen. Cruz is gratified that the Supreme Court ruled that the existing law imposed an unconstitutional restriction on free speech that unfairly benefited incumbent politicians and the super-wealthy. This landmark decision will help invigorate our democratic process by making it easier for challengers to take on and defeat career politicians.”

The appeal to the Supreme Court was brought by the FEC after a three-judge panel of the U.S. District Court for the District of Columbia unanimously ruled against the agency last year.

The legal provision in question is in Section 304 of the Bipartisan Campaign Reform Act (BCRA) of 2002, which imposed restrictions on post-election contributions by limiting the amount that a candidate may be repaid from such funds to $250,000.

Cruz lent his campaign committee money, and the committee deliberately failed to categorize the unrepaid part of the loan—$10,000—as a campaign contribution in order to launch a First Amendment-based challenge to the rule.

The case grew out of the 2018 election cycle that culminated in the Republican U.S. senator’s victory over Beto O’Rourke, a Democrat, by 2.6 percentage points. O’Rourke raised more than twice as much money as Cruz in the high-profile, record-breaking $115 million Senate race.

Cruz wrote in a brief that Section 304 unconstitutionally deters candidates from lending money to their campaigns by restricting the campaign’s ability to repay.

The $250,000 repayment limit, “by substantially increasing the risk that any candidate loan will never be fully repaid—forces a candidate to think twice before making those loans in the first place.” As the district court found, this limit burdens a candidate’s right to speak freely in favor of his own election and “runs afoul of the First Amendment.”

The Biden administration had argued that disallowing the rule would open the door to bribery in elections, but the high court found that the restriction on candidates’ post-election use of political contributions to recover personal funds lent to the campaign ran afoul of First Amendment speech protections.

The decision (pdf) in FEC v. Ted Cruz for Senate, written by Chief Justice Roberts, was joined by the court’s five other conservative justices. Justice Elena Kagan wrote a dissenting opinion that was backed by Justices Stephen Breyer and Sonia Sotomayor.

“The question is whether this restriction violates the First Amendment rights of candidates and their campaigns to engage in political speech,” Roberts wrote.

“There is no doubt that the law does burden First Amendment electoral speech, and any such law must at least be justified by a permissible interest.”

Roberts then directly quoted the 2014 plurality opinion in McCutcheon v. FEC, saying that “when the government restricts speech, the government bears the burden of proving the constitutionality of its actions.”

The government “is unable to identify a single case of quid pro quo corruption … even though most states do not impose a limit on the use of post-election contributions to repay candidate loans.”

The government failed to demonstrate that Section 304 of the BCRA “furthers a permissible anti-corruption goal, rather than the impermissible objective of simply limiting the amount of money in politics,” according to Roberts.

Kagan wrote that the Supreme Court, which in recent years has been weakening campaign finance restrictions, was making a mistake.

“In striking down the law today the court greenlights all the sordid bargains Congress thought right to stop. … In allowing those payments to go forward unrestrained, today’s decision can only bring this country’s political system into further disrepute,” she wrote.

Kagan embraced the bribery argument advanced by the Biden administration.

“Repaying a candidate’s loan after he has won election cannot serve the usual purposes of a contribution: The money comes too late to aid in any of his campaign activities,” she wrote. “All the money does is enrich the candidate personally at a time when he can return the favor—by a vote, a contract, an appointment.

“It takes no political genius to see the heightened risk of corruption—the danger of ‘I’ll make you richer and you’ll make me richer’ arrangements between donors and officeholders.”