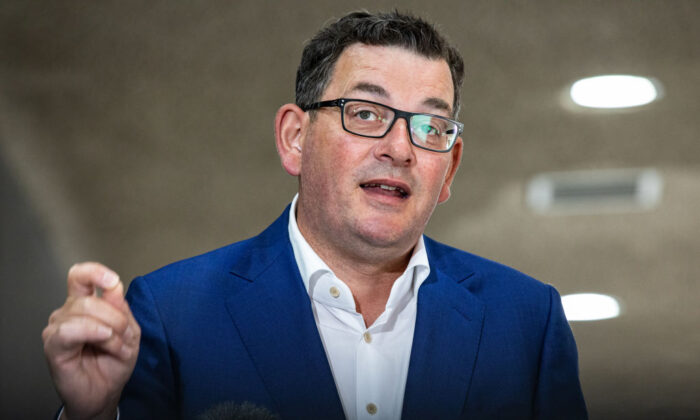 Victorian Premier Daniel Andrews is under increasing pressure to reveal whether the state’s anti-corruption watchdog has interviewed him in relation to an ongoing investigation.

The Australian reported that the Independent Broad-based Anti-corruption Commission (IBAC) questioned Andrews twice in private as part of Operation Sandon.

The operation is a long-running investigation into allegations of favourable planning and property development decisions, which involved property developer John Woodman, Casey councillors and Labor MPs.

The IBAC has heard that several Labor MPs and the Liberal Party had received donations from Woodman or his companies prior to the 2018 election.

At present, the IBAC draft report for Operation Sandon has moved to the natural justice phase, where accused witnesses have the chance to respond to allegations.

“IBAC will not make any further comment on the investigation,” an IBAC spokesperson said in a statement on May 6.

This comes after the leaking of a separate IBAC report on the Victorian Labor party’s misuse of public resources, with the premier’s name on the list of 26 witnesses interviewed during the inquiry.

Andrews declined to comment until the final report was released, and the Victorian government spokesperson also kept silent on the premier’s alleged Operation Sandon interview.

“The government will not comment on an active IBAC investigation,” the spokesperson said.

At the same time, Creative Industries Minister Danny Pearson said it would not be appropriate to comment on the issue.

However, centre-right state Opposition Leader Matthew Guy said Victorians needed to know how many times the IBAC had interviewed the premier and why he was given a private hearing.

“We’re owed that. There are so many questions the premier has to answer about this,” he said.

Additionally,  the state opposition has pledged to inject an extra $10 million into the IBAC to enable it to hold more public hearings should it win the November state election.

Meanwhile, the IBAC has the authority to issue witnesses confidentiality clauses, causing anyone disclosing information about an investigation to face criminal offence.

Under the IBAC Act 2011, examinations are “generally” not open to the public.

However, the IBAC can hold public hearings under “exceptional circumstances” or when the anti-corruption agency deems that it is in the public interest.

Other reasons for public hearings include no “unreasonable damage” is caused to a person’s reputation, safety or wellbeing, and the investigation subject’s conduct may be seriously or systematically corrupt.