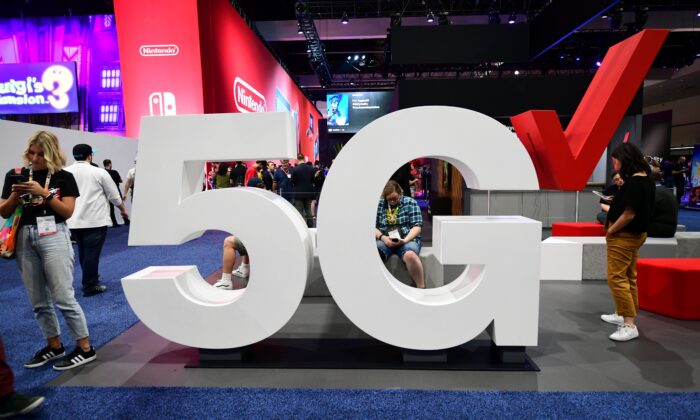 Verizon and AT&T said on Monday that they have voluntarily agreed to further delay the rollout of their next-generation 5G wireless technology at the request of U.S. Transportation Secretary Pete Buttigieg.

The agreement comes after both companies on Sunday rejected a request by the government to delay rolling out their 5G services but instead offered to expand so-called “exclusion zones” for six months.

Federal Aviation Administration (FAA) and other aviation officials fear that the use of C-band spectrum for 5G wireless services could interfere with sensitive aircraft electronics, disrupt flights and result in some diversions.

“We’ve agreed to a two-week delay which promises the certainty of bringing this nation our game-changing 5G network in January, delivered over America’s best and most reliable wireless network,” a Verizon spokesperson told The Hill in a statement on Monday.

An AT&T spokesperson told The Hill: “At Secretary Buttigieg’s request, we have voluntarily agreed to one additional two-week delay of our deployment of C-Band 5G services. We also remain committed to the six-month protection zone mitigations we outlined in our letter. We know aviation safety and 5G can co-exist and we are confident further collaboration and technical assessment will allay any issues.”

In their letter, Buttigieg and Dickson asked the CEOs to delay the rollout for two weeks as part of a “proposal as a near-term solution for advancing the co-existence of 5G deployment in the C-Band and safe flight operations.”

“We recognize the significant investment your companies made to launch 5G C-band service, and the importance of expanding 5G service for the American economy,” they wrote.

“At the same time, absent further action, the economic stakes for the aviation industry and the disruptions the traveling public would face from commercial launch of C-Band service on January 5 are significant, particularly with the ongoing stress and uncertainty caused by the coronavirus pandemic,” they wrote.

But the CEOs on Sunday rejected that request stating that they had already agreed to a “costly” month-long delay when they pushed back the date of their initial December launch date to Jan. 5.

“Agreeing to your proposal would not only be an unprecedented and unwarranted circumvention of the due process, and checks and balances carefully crafted in the structure of our democracy, but an irresponsible abdication of the operating control required to deploy world-class and globally competitive communications networks that are every bit as essential to our country’s economic vitality, public safety, and national interests as the airline industry,” the CEOs said.

Stankey and Vestberg instead said they would expand so-called “exclusion zones” for six months around certain airports, which they said would provide the FAA and aviation officials with more time to study the potential for interference with aircraft operations and “remediate any altimeters that might not meet current standards.”

The CEOs noted that similar C-band radio exclusion zones were already in place in France and would “further reduce C-band signal levels by at least 10 times on the runway or during the last mile of final approach and the first mile after takeoff.”

However, the pair appear to have had a change of heart on Monday.

The Epoch Times has contacted Verizon and AT&T for comment.

In response, the FAA said in a statement on Monday: “Safety is the core of our mission and this guides all of our decisions. The FAA thanks AT&T and Verizon for agreeing to a voluntary delay and for their proposed mitigations. We look forward to using the additional time and space to reduce flight disruptions associated with this 5G deployment.”