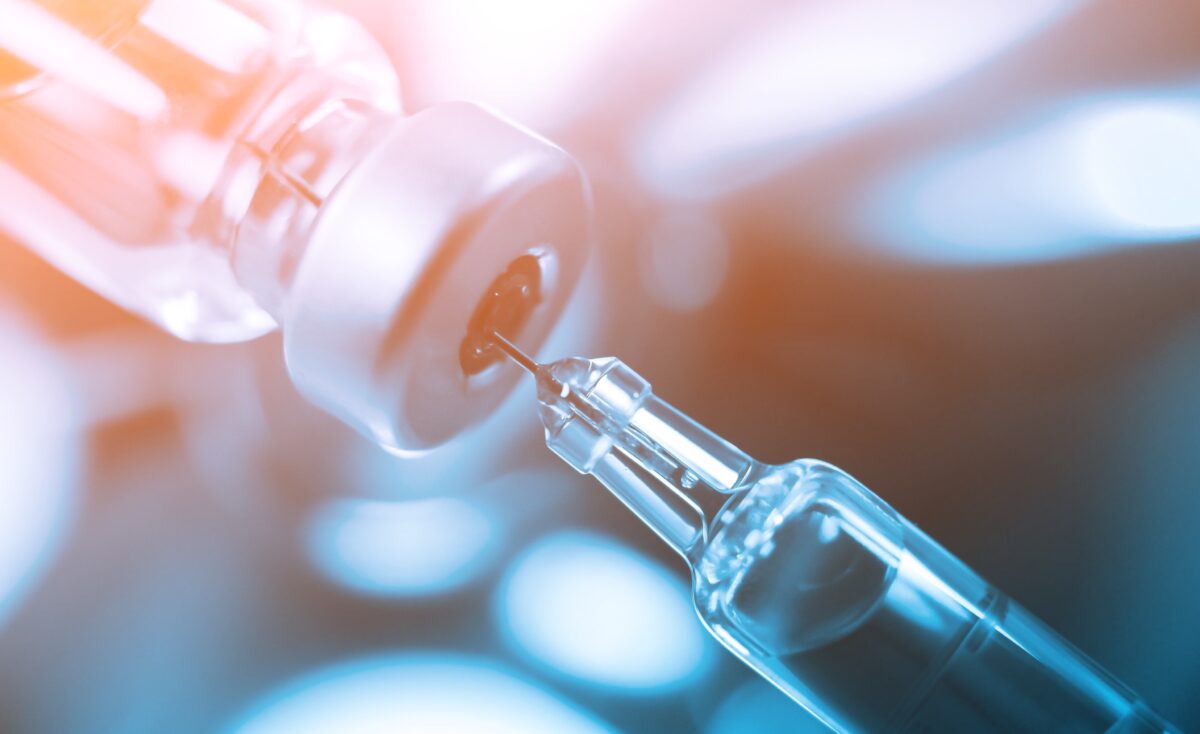 Latest US Data Shows Vaccine Injuries Skyrocketed; How Will We Recover?

At present, the adverse events brought about by the COVID-19 vaccines are getting more and more attention from the public. If vaccination causes injury or damage, how can the body heal itself?

Juliana Mastrantonio of New York is an 18-year-old full-time college student and part-time pharmacy technician. Prior to the vaccination, she was in good health and exercised daily. Juliana was infected with COVID-19 in December 2020 and recovered without long COVID symptoms.

Juliana received her first dose of Pfizer vaccine on December 10, 2021 and her second dose on January 2, 2022. Within one week after the second dose, Juliana developed pelvic pain that gradually worsened, and she became hospitalized.

Four days after being discharged from the hospital, she developed other severe symptoms, headaches, and tremors. When she woke up the next morning, she found herself immobile from the waist down, and was paralyzed. And she is currently undergoing rehabilitation.

Juliana previously had no underlying medical condition. However, after the vaccination, she developed this set of symptoms in a short period of time without any other trigger, so it is entirely plausible that there is a link between the vaccination and Juliana’s paralysis.

It may be that the antibodies produced by the body against the spike proteins attacked nerve cells, including the spinal cord, and caused inflammation of the spinal cord. The spinal cord connects and controls all parts of the body, so serious damage to the spinal cord can cause paralysis. The European Medicines Agency has also updated the AstraZeneca COVID-19 vaccine’s product information to include rare spinal disorders as a side effect of the vaccine.

In addition, the COVID-19 vaccine can cause mitochondrial damage and induce cytokine storms that further impair the body’s immune function and lead to autoimmune diseases.

As studies, physician observations, and patient experiences have revealed many times previously, the COVID-19 vaccines, regardless of the technologies used to produce them, may cause autoimmune diseases in several organs of the body if they contain the spike proteins or other components of the virus.

Recently, controversy regarding the COVID-19 vaccines has been gradually growing.

Under the unique circumstances of the ongoing COVID-19 pandemic, the COVID-19 vaccines have been marketed rapidly and used worldwide without adequate safety testing or certainty regarding their effects on humans. With such a large vaccinated population, it is only natural that adverse events would occur on a massive scale, and the medical and scientific community is increasingly discussing these adverse events publicly.

As of May 13, 2022, the Vaccine Adverse Event Reporting System (VAERS), jointly administered by the Centers for Disease Control and Prevention and the Food and Drug Administration, had received more than 1.2 million adverse event reports since the introduction of the COVID-19 vaccines.

However, according to estimates published by the Agency for Healthcare Research and Quality, the number of adverse events reported by the VAERS was less than 1 percent of the actual number.

VAERS also has 32 years of data on deaths from all types of vaccines worldwide. According to its data, the number of deaths remained steady at a few hundred per year until 2021, when it suddenly spiked to 21,889. And as of May 2022, there had been 6,955 deaths, and the count is still ongoing.

Some may say that as the vaccinated population worldwide is large, so is the number of reported deaths. Nevertheless, the point is that the impact of this global vaccine program on human health as a whole is enormous.

For each adverse event, even if it was reported as a rare percentage (e.g. death rates 0.01 percent, serious adverse events 0.6 percent) in vaccine phase 3 trials, a huge number will be seen by a denominator of a 5 billion vaccinated population (two thirds of of total 7.7 billion).

A more important statistic is the vast majority of vaccine-related deaths that occurred within three days of vaccination, which shows the strength of the association.

People may argue that those people who died have intrinsic mechanisms including chronic diseases or risk factors that put them into a highly risky status to jabs. That is not necessarily wrong. Any disease normally would be a result of interplay of intrinsic factors plus external attacks. However, without adding those jabs, they would not die so early but would enjoy more time to live until they naturally reach their endowed lifespan.

These adverse events could have been caused by direct damage to the body’s functions, attacks on the immune system, and blood clots caused by damage to blood vessels.

If we have an adverse event after vaccination, what can we do to eliminate the effects of the spike proteins?

There are different strategies to detoxify spike proteins with western medicine from natural sources and Chinese herbal medicine: one is to prevent the attachment of spike protein to the ACE2 receptors (e.g. ivermectin, suramin, catechin, curcumin, Prunella vulgaris extract), the other is to neutralize the downstream toxicity by using N-acetyl-L-cysteine (NAC), etc.

Another method is to enhance the self-repair mechanism of cells.

The human body has amazing self-cleansing and repair mechanisms. When cells age, become inflamed or produce metabolic waste, instead of resigning themselves to death, our cells will activate their self-cleansing mechanisms. One of the most important of these mechanisms is called autophage (aka autophagy)–which literally means “devouring oneself.” This may sound like a bad thing, but in fact it is beneficial, because what is being devoured is the corrupted materials inside the cells, so this mechanism will make the cells healthier.

The autophagy mechanism was discovered by Japanese cell biologist Yoshinori Ohsumi, who has found that autophagy is associated with tumors, metabolic diseases, aging, and other life phenomena, and that it can play an important protective role in the human body. For these discoveries, he was awarded the 2016 Nobel Prize in Physiology and Medicine.

In 2015, a study jointly published in the authoritative EMBO Journal by 32 scientists from Europe and the United States summarized four important roles of autophagy in human health:

Theoretically speaking, the body’s autophagy mechanism can help reduce the damage caused by vaccines and spike proteins by cleaning up spike proteins and removing altered genes and harmful viral components.

The phagocytic vesicles in cells identify the mitochondrial fragments that have been damaged by spike proteins and do not function properly after becoming fragments, as well as toxin fragments, harmful proteins, and inflammatory factors.

A phagocytic vesicle would wrap them up and form an autophagosome, which breaks down these components with catabolic enzymes and sorts out those that can be recycled, such as amino acid molecules after proteolysis. The components that cannot be recycled will be broken down into water or electrolytes, which are then excreted from the body.

Therefore, if the body can boost its autophagy mechanisms, this can neutralize or even reverse the injury caused by spike proteins to cells.

How to Enhance the Autophagic Ability of Cells

The human body is an intelligent system, and our cells have many ways to enhance their autophagic ability, one of which is through diet changes.

One way to trigger the cells’ autophagy mechanism is intermittent fasting.

In an intriguing animal experiment published in the journal Autophagy, researchers divided mice into two groups, with one being fed normally and the other fasting for one to two days. Then they observed the autophagosomes in the liver cells of these mice and discovered that

If intermittent fasting can enhance the autophagy of hepatocytes, it can reduce the damage to the liver caused by the vaccine spike proteins.

In addition, the researchers also analyzed the data of autophagosomes in mice brain cells and discovered them similar to those of hepatocytes.

The enhancement of autophagic cells in the brain is also helpful in eliminating adverse events caused by vaccines on the nervous system, such as brain fog.

We do not need complete fasting, as intermittent fasting can have a similar effect.

In addition, fasting is not about eating less or not eating anything, but about “eating the right things.”

As mentioned in the journal Antioxidants, there are organic chemicals called polyphenols in plants that have antioxidant, anti-inflammatory, and immunomodulatory properties and can have effects similar to autophagy by initiating the process of apoptosis, or programmed cell death, a natural and essential process initiated when cells are too old and need to be eliminated.

The following foods are rich in dietary polyphenols:

Therefore, it is recommended that we eat a lot of commonly seen vegetables and fruits in our daily life. In addition to replenishing our levels of vitamin C, this can also supplement many nutrients that enhance our autophagy and the ability to repair ourselves.

We have introduced three ways to relieve spike protein damage, including:

Furthermore, we will introduce another strategy to reduce the damage caused by spike proteins in an upcoming article.