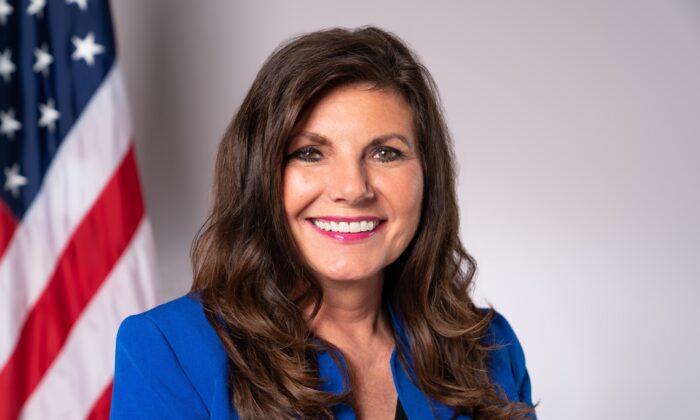 Vaccine Update: Why ‘The Party of Science’ Disdains Natural Immunity

No, the Democrats—aka “The Party of Science”—didn’t flunk high school biology. Between grade inflation and “woke” stupidity, nobody flunks much of anything in high school these days.

But there is another explanation why they—and even the vaunted Dr. Anthony Fauci—act as if natural immunity isn’t the best immunity against COVID-19 as it is against so many other illnesses, including childhood ones.

In case you did miss high school biology and have been living under an Everest-size pile of rocks, natural immunity is what you have via antibodies after an illness ends that prevents you from getting that illness again.

Whether this is a gift of God, a product of evolution for species survival, or both is above my pay grade. Nevertheless, natural immunity works, and there’s plenty of evidence out there that it works multiple times better than the vaccines, including, most recently, studies from those sometime adversaries, Israel and Qatar. It’s also common knowledge.

That moment a few months back when Fauci was asked about the possible superiority of natural immunity and pretended not to have thought about it was a lie as dangerous as his many prevarications about his gain-of-function research collusion with China, possibly greater.

For young people in particular, whose death rate from COVID, outside a minuscule number with the most serious of pre-existing diseases, borders on the nonexistent, the risks of side effects from the vaccines (myocarditis, questions about future procreation, other questions about long-term safety) dwarf the risks from COVID itself.

Those children, if they did happen to get COVID, would have the most minor symptoms, if any, and end up with natural immunity that often lasts for a lifetime.

And yet, while I was typing this article, a friend in New York City sent the following on Signal: “Parents are lining up around the block to get their children vaccinated. Particularly in the white neighborhoods, upper west side, etc. Since there is a shortage of kid vaccines some have waited as long as six hours, They can’t be vaccinated fast enough. Uninformed, Fools.”

Uninformed indeed, and fools too, but also heavily propagandized. These people didn’t want to hear, refused to hear, any opposing facts, my friend added on a phone call. He also said there were tears in the eyes of the parents when, after six hours, their children were finally vaccinated.

At the same time, I have been informed here in Nashville, Tennessee, that nurses at locally esteemed St. Thomas Hospital are being ushered out (i.e., fired) in the middle of the night—doubtless so the press, other than this, doesn’t notice—for not being vaccinated. All of these nurses have had COVID-19 and therefore have far better natural immunity.

This is madness—in Tennessee, New York, and much of the country as well. What’s going on? What’s behind all this?

As it happens, on Nov. 10, I had the pleasure of talking for 20 minutes or so with an especially sane voice and a newfound hero of mine—Rep. Diana Harshbarger, who is the congresswoman from Tennessee’s 1st District (East Tennessee).

A newcomer to Congress, Ms. Harshbarger spent decades as a pharmacist—indeed a compounding pharmacist, which requires extensive training and licensing—and is a member of the House doctors’ caucus, so she knows of what she speaks on matters of drug treatment.

She has been leading the charge via legislation to fight the Biden administration’s biased (against red states) distribution of monoclonal antibodies, which are one of the most successful treatments for the disease.

In October, she also introduced a bill in the House to require federal agencies to acknowledge natural immunity to COVID-19, the aptly named Natural Immunity Is Real Act.

So she was a perfect person to ask why she thought the Democrats—aka “The Party of Science,” or so our learned president tells us—ignores natural immunity in favor of taking a militant stand on mandates.

Rep. Harshbarger’s reply: “When it comes to people’s individual rights to control what they put in their body, nobody should say you have to do that. That’s your individual freedom they are trying to take. It’s what’s happening to our country in the loss of our rights over the last nine months, not to mention this month, that we never thought we would ever see.

“They’re trying to dominate us, to take our energy access away. We’re not energy independent anymore. We rely on foreign countries. We’re letting illegals in by the truckload. And now things are going to be rationed.”

And then the congresswoman got to the crux of my question: “I attribute everything to control. The mandate is just part of the process of controlling the narrative of the way our country is going. It’s all about control.”

Indeed, it is. I told Rep. Harshbarger that I couldn’t agree more. It is all about the “c” word. It has little or nothing to do with medicine or health, although those people standing in line on the Upper West Side don’t realize it.

And speaking of the “c” word, the manipulation of science for political ends is hardly new. Most notably, Stalin did it, calling Western genetics a “bourgeois pseudoscience” and imprisoning 3,000 scientists for questioning the work of his loyal communist scientist Trofim Lysenko.

Could something like that happen here? Doctors, in numbers likely in excess of 3,000 at this point, in opposition to the CDC Party line on COVID have already suffered professionally, though they haven’t, to my knowledge, gone to jail.

I have to, once again, agree with Rep. Harshbarger, who ended our phone conversation on a more upbeat note by saying, “I can’t wait until the election next year!”

ADDENDUM: Speaking of Heroes of the New Plague year, like many others, I have been following Alex Berenson’s postings, which you know are insightful if only because Twitter banned them. He has been gracious enough to send me an advance copy of his forthcoming “Pandemia,” which I will review for The Epoch Times when it’s published at the end of the month.