VA Chief: Hydroxychloroquine Has Been Working Against COVID-19 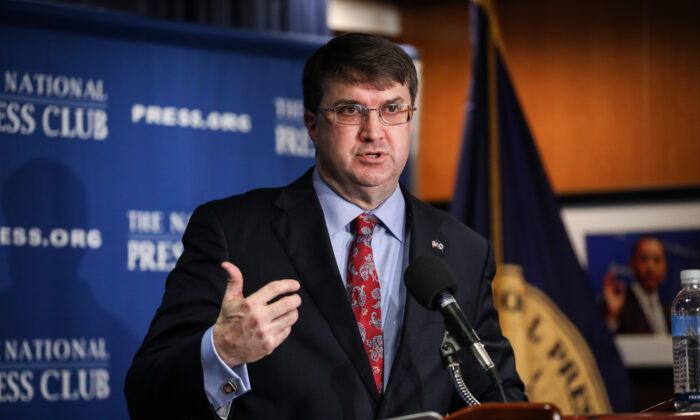 The anti-malaria drug hydroxychloroquine has been working in COVID-19 patients, Secretary of Veterans Affairs Robert Wilkie said on Wednesday.

Wilkie’s comments come after a study looking at the effects of the drug in 368 patients in Veterans Health Administration hospitals found no evidence the drug is effective against COVID-19, a new disease caused by the CCP (Chinese Communist Party) virus.

Responding to the results during an appearance on MSNBC, Wilkie said, “That’s an observational study. It’s not a clinical study. It was done on a small number of veterans; sadly, those of whom were in the last stages of life, and the drug was given to them.”

The drug “has been working on middle-age and younger veterans,” Wilkie added. By that, he meant that it was “stopping the progression of” COVID-19.

The study in question can help inform doctors who are caring for veterans who have the CCP virus, Wilkie said.

Doctors across the nation have been prescribing hydroxychloroquine but there are a number of concerns about its effectiveness and, if it proves effective, medical workers want to pinpoint the correct dosage information and other matters regarding how and when to prescribe it.

Clinical trials of hydroxychloroquine are underway in Minnesota, Tennessee, and New York. Andrew Cuomo, the governor of the Empire State, asked for more doses of the drug to be delivered to New York City during a April 21 White House meeting with President Donald Trump, according to Wilkie.

Also this week, doctors and experts on a panel created by the National Institutes of Health said they were recommending against using hydroxychloroquine in combination with azithromycin, an antibiotic also known as Z-Pak.

The panel said there is not yet enough information for recommending for or against the use of hydroxychloroquine, the closely related chloroquine, or remdesivir, an experimental drug that’s also being trialed for safety and efficacy against COVID-19.