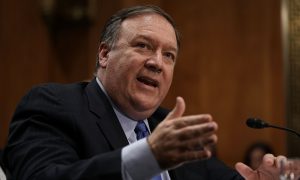 US Calls on Russia to End Occupation of Crimea
0 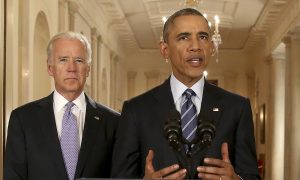 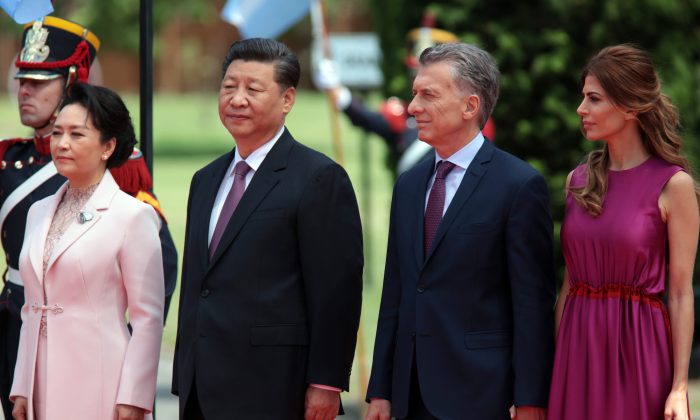 While in Argentina for the G-20 summit in early December, Chinese leader Xi Jinping signed more than 30 new trade deals with Argentine President Mauricio Macri, a sign that China is continuing to increase its footprint in Latin America.

Vladimir Putin’s Russia has been steadily re-establishing the role it once had in the region during the Soviet era through military and energy partnerships. Russia’s talks with Cuba for a $50 million loan to the communist country for arms purchases, and billions in signed energy deals with Bolivia, Venezuela, and Argentina are just some examples.

Iran has also extended its ties with multiple nations in the region, with a number of bilateral deals signed just within the past few months.

However, despite the threat these two geopolitical forces pose to America’s interest, China is the main competitor to the United States in the region, according to Joseph Humire, president of the think tank Center for a Secure Free Society.

“They’ve established an economic footprint to challenge us in many areas,” Humire said. In his assessment, many scholars have taken China’s inroads in Latin America to mean that the Asian giant is just acting like any other economic competitor to the United States, and that the competition isn’t adversarial. But the reality is that the competition goes beyond just business.

“They’re challenging us in areas that are much more direct threats to our military capabilities and alliances in the region, including space and cyberspace,” Humire said.

One of the methods Beijing retains control over developing countries is by making them beholden to China’s deceivingly generous loan practices. For example, Venezuela has received $62 billion in aid over the past decade, with another $5 billion added last September.

As cash-strapped Venezuela’s oil industry continues to plummet, the nation must cede its sovereignty to China by increasing access to Venezuela’s raw resources and critical infrastructure, and further dependency on Chinese money. This was the case in Sri Lanka, where the government had to hand over control of its main southern port after failing to pay back $6 billion in loans granted as part of China’s One Belt, One Road initiative—Beijing’s massive investment initiative with countries throughout the world.

In an August press meeting en route to Brazil, U.S. Secretary of Defense James Mattis emphasized that these types of economic relationships can put a nation’s sovereignty at risk. “There’s more than one way to lose sovereignty in this world; it’s not just by bayonets. It can also be by countries that come in bearings gifts and large loans,” Mattis said.

Moreover, these gifts and loans bring consequences down the road. In a Center for Strategic and International Studies assessment on Venezuela, researchers Moises Rendon and Sarah Baumunk state that these “short term benefits often lead to long-term dependency” on China.

For example, China currently has outer space agreements with Venezuela, Brazil, and Argentina, which cover collaboration on telecommunication satellite launches and a Chinese-owned space station.

Though innocent at first glance, China remains intentionally untransparent about its space-related activities. Moreover, China’s history of exporting dual-use technology, which can be used for civilian and military purposes, implies that the technology could potentially be used for sinister purposes.

China has also imposed itself in Latin America’s cyberspace in pursuit of a “digital Silk Road.” This initiative would be a digital infrastructure investment involving Chinese AI, quantum computing, and cloud expertise, as reported by Axios.

With China investing in the tech sector in Latin America, the entire region serves an area in which China can continue to pursue its dominance in the cybersphere.

While China is the biggest contender to challenge the United States in Latin America, Iran and Russia still pose serious threats to U.S. security.

Humire said these three countries do have a common interest in Latin America, as measured by the three-quarters standard.

“Why are these three countries putting all their chips in one basket? It’s a strategic move.”

Together, China, Russia, and Iran share an anti-U.S. hostility channeled through economic, military, and diplomatic measures as well as through a cohesive anti-U.S. propaganda campaign.

In the U.S. Southern Command 2018 posture statement, Adm. Kurt Tidd emphasized the threat these three countries pose to the United States in Latin America: “With every inroad they make, they enlarge competitive space to interfere with our security relationships, cancel out our interoperability with the region, undermine our efforts to reinforce international norms, and hold our interests at risk.”

The Trump administration has employed a number of methods to counter threats posed by geopolitical powers in Latin America.

In August, the U.S. Department of Treasury initiated a program called America Crece, or America Grows. This partnership encourages U.S. investment in energy and infrastructure throughout Latin America.

Additionally, the United States is utilizing its economic leverage to sanction countries like Venezuela, Cuba, and most recently, Nicaragua.

Moreover, the United States seeks to rebuild its trust with Latin American nations. Tidd said this is the key strategy to remain the most important partner in the region. “Every day, we take a look at what are the things we can do to create trust where perhaps it doesn’t exist, to be able to sustain trust and then finally to be able to make sure that we do nothing that compromises that trust,” he said.