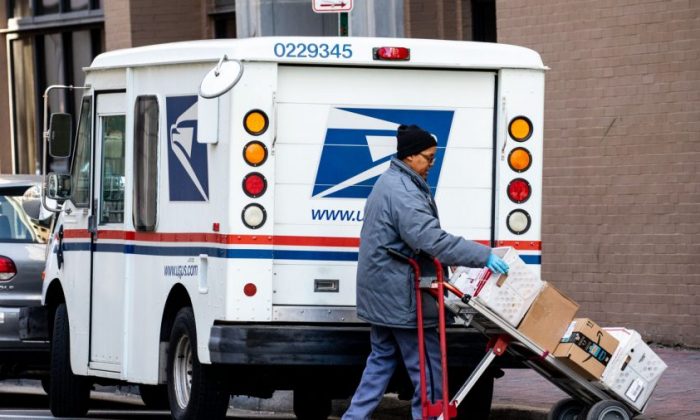 Democrats in Virginia will receive daily updates on election mail processing and delivery, according to an agreement released Thursday.

The Democratic Party of Virginia sued the U.S. Postal Service (USPS) last week, claiming that thousands of absentee ballots were sitting at postal facilities throughout the commonwealth, unprocessed, “for weeks on end.”

“USPS to give daily election mail reports to Virginia Democrats after lawsuit alleging delays,” they alleged, citing data from the Virginia Department of Elections (VDOE).

The party asked a judge to enter a temporary restraining order that would force USPS to deliver all election-related mail within Virginia no later than three days after its entry and nearly immediately process all such mail in Albemarle County and the city of Portsmouth.

USPS officials said the allegations lacked factual and legal merit and said a check of its facilities uncovered no misplaced ballots. Further, they spoke to officials from Albemarle County and Portsmouth and were told there were no issues.

The parties ultimately reached an agreement laid out in a consent order.

USPS agreed to process all election mail within Virginia according to its established procedures, including making sure all mail processing facilities and post offices certify daily they are clear of all election mail scheduled for action on that day.

Beginning Friday, the USPS must also provide a daily report by noon each day confirming a process known as “all clear” was carried out at each facility in Virginia the previous day.

If any facility does not report being “all clear,” USPS must provide details on why and follow up as warranted.

The reports shall continue through Nov. 5, the day of Virginia’s gubernatorial election.

The parties also said they’ll work with the VDOE to try to figure out why the agency’s reports “appear to identify a substantial number of ‘unscanned’ outbound ballots for Portsmouth City and Albemarle County.”

“As stated in the consent order, there is a common interest to ensure that if Virginia voters choose to use the mail to vote, they are able to do so effectively,” a USPS spokeswoman told The Epoch Times via email.

“The United States Postal Service is fully committed to fulfilling our important role in the electoral process as a secure, efficient, and effective way for citizens to participate when policymakers decide to use mail as part of their election system. We are also actively working with election officials and look forward to a successful election in Virginia,” she added.

VDOE and the Democratic Party of Virginia did not respond to requests for comment.