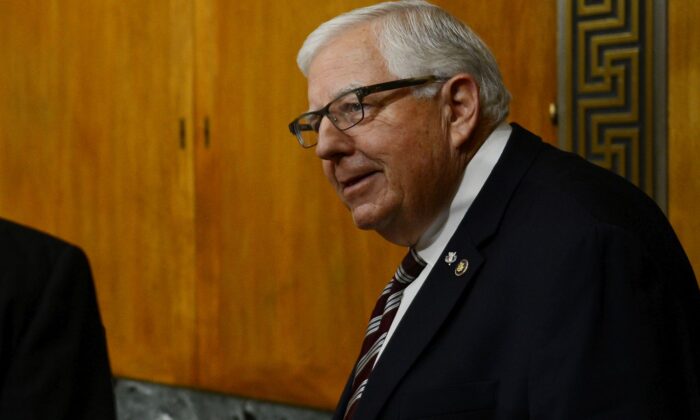 The bill that seeks to overhaul U.S. trade relations with Mexico and Canada passed a key hurdle in the Senate on Jan. 14 and will likely be brought to a vote before the Senate impeachment trial against President Donald Trump.

“This is a modern trade deal built to work for modern businesses,” Sen. Mike Enzi (R-Wyo.), the chairman of the budget committee, said in a statement. “For many industries like agriculture, machinery, and minerals, this deal would help create and maintain quality jobs in Wyoming while fostering new innovation and fairer trade across the board.”

Hours after the vote, Senate Majority Leader Mitch McConnell (R-Ky.) said the deal will likely be brought to a vote this week.

“We are, it looks like, going to be able to process the USMCA here in the Senate this week,” McConnell told reporters in Washington. “That will be good news for the Senate and for the country, and something I think we have broad bipartisan agreement on.”

The Senate Appropriations Committee also scheduled a vote for USMCA on Jan. 15, which would clear the way for a final Senate vote on Jan. 16.

House Speaker Nancy Pelosi (D-Calif.) announced that a vote to transmit articles of impeachment to the Senate would be held Jan. 15, setting up the possibility for the trial to start next week.

The Democratic-controlled House passed USMCA on Dec. 19, 2019, in a 385–41 vote, a day after voting to impeach President Donald Trump in a sharply partisan vote. Democrats said they made substantial changes to the deal, including strengthening enforcement.

Earlier in January, USMCA was approved by the Senate Finance Committee.

“USMCA will bring much-needed certainty and real benefits to America’s farmers, workers, and businesses. Farmers are getting better and more reliable market access, which farmers badly need. Workers will see thousands of new jobs, particularly in high-wage manufacturing industries. Businesses will have an agreement that reflects the realities of modern commerce, including for the $1.3 trillion U.S. digital economy,” Finance Committee Chairman Chuck Grassley (R-Iowa) said at the time.