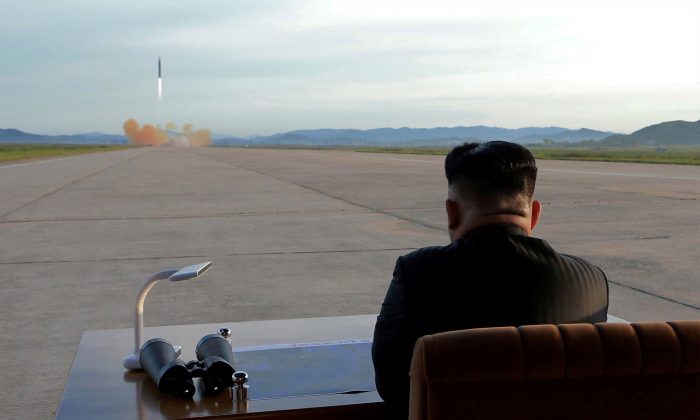 The aftershocks, of magnitude 2.9 and 2.4, were detected at 0613 and 0640 GMT (1:13 a.m. and 1:40 a.m. EST) respectively, said the USGS and Lassina Zerbo, executive secretary of the Vienna-based Comprehensive Nuclear-Test-Ban Treaty Organization.

A tweet from Zerbo said analysts had confirmed that the activity was “tectonic” in origin.

The USGS official said the tremors had been in the vicinity of the Punggye-ri nuclear test site, where North Korea conducted its sixth and largest underground nuclear test on Sept. 3.

Pyongyang said the September test was of an H-bomb, and experts have estimated it was 10 times more powerful than the U.S. atomic bomb dropped on Hiroshima in 1945.

A series of quakes since then has prompted experts and observers to suspect the test might have damaged the mountainous location of its site in the northwest tip of North Korea, where all of the country’s nuclear tests have been conducted.

North Korea hinted its next nuclear test could be above ground after U.S. President Donald Trump warned in September that the United States would “totally destroy” North Korea if it threatened America.

Another possible obstacle to North Korea‘s use of Punggye-ri for tests is the nearby active volcano of Mount Paektu, which North Koreans consider a sacred site. Its last eruption was in 1903, and experts have debated whether nuclear testing could trigger another.

If you enjoyed reading this article, please consider sharing it on social media. Thank you for your support!