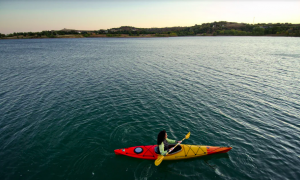 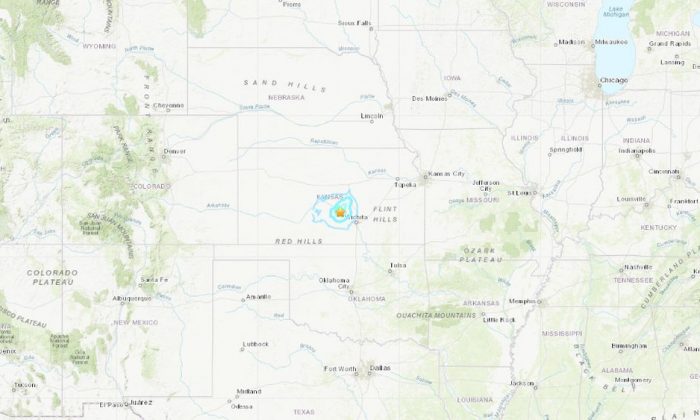 According to local news outlets, damage was reported in some areas near the epicenter.

The USGS said that the quake was 3 miles south-southwest of South Hutchinson, Kansas.

A magnitude 4.2 earthquake in south-central Kansas on Friday caused minor damage in the Hutchinson area.There were not immediate reports of injuries, but Hutchinson Public Schools and others reported on social media that there was some minor damage. Did you feel it?

She said it was the strongest quake she has ever felt while living in Kansas. Hinnen added that she also felt an aftershock.

Our office building in Hutchinson experienced a loud boom like an explosion followed by about 2 seconds of fairly strong shaking.

“Our office building in Hutchinson experienced a loud boom like an explosion followed by about 2 seconds of fairly strong shaking,” wrote local Bob Colladay.

According to KWCH, a number of people across Kansas and Oklahoma reported feeling the tremor.

@KWCHNatalie @KWCH12 I live in South Hutch. Earthquake lasted a good 20 seconds here. I have felt 4 aftershocks now. No damage that I can see, had stuff fall off shelves.

Cory Wilson told KAKE-TV: “My wife is reporting damage on Hutch main street. She ran outside afraid the building would collapse…this was HUGE.”

#BREAKING We’re getting some calls from people in Hutchinson, who say they believe they experienced an earthquake this morning. One person reported things fell off his walls and shook his whole house. We’re looking into this. USGS has not put down a report. @KWCH12

Quakes East of Rockies Felt More Intensely Than In West

“An earthquake is caused by a sudden slip on a fault,” the USGS writes. “The tectonic plates are always slowly moving, but they get stuck at their edges due to friction. When the stress on the edge overcomes the friction, there is an earthquake that releases energy in waves that travel through the earth’s crust and cause the shaking that we feel.”
Epoch Times reporter Tom Ozimek contributed to this report.
TOP NEWS