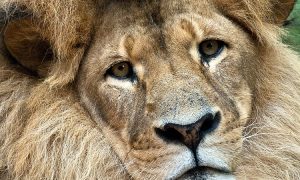 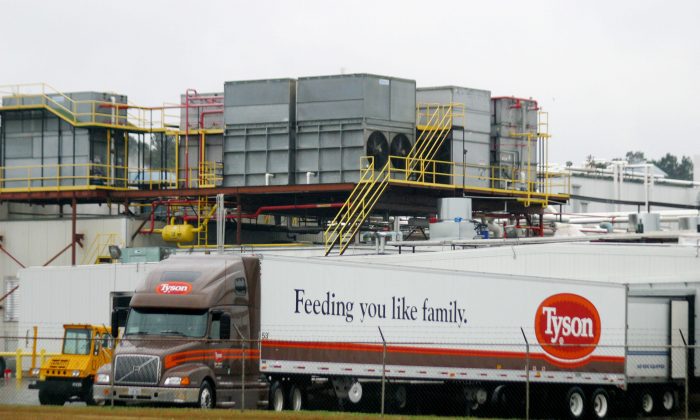 A Tyson Poultry truck backs up to its loading dock at a processing plant in Carthage, Tex. Agriculture Secretary Tom Vilsack is pushing for a new poultry processing rule, but critics say the measure endangers public health and workers' rights. (Mario Villafuerte/Getty Images)
US

U.S. poultry inspection is about to undergo a big change. Federal regulators say the new adjustments will modernize production, but critics call the supposed upgrade dangerous and exploitative.

The main difference between the old and new regulatory models is the amount of government oversight on the line. At least four U.S. Department of Agriculture (USDA) inspectors currently scrutinize most major slaughter facilities. Under the new proposal, only one inspector will remain.

While regulators will have less manpower, the inspector’s job has been strategically simplified to zero in on the big problems. The proposal focuses inspector attention on what regulators say is the USDA’s most important task: identifying food borne illness.

The remaining portion of the inspection process—catching what has been dubbed the “cosmetic defects”—will now depend on the eyes of company employees.

This more privatized inspection protocol is already in practice in two dozen facilities, and the poultry industry and regulators are both eager to spread it nationwide. In recent testimony to the Senate Appropriations Subcommittee, Agriculture Secretary Tom Vilsack said he was so encouraged by the pilot program’s success, he expected a published rule “very soon.”

“We’ve learned a lot from science as a result from research in terms of what causes disease, and we believe that it’s appropriate and necessary to modernize our inspection process and focus our energy and time on areas we know where pathogens are greatest,” Vilsack said on April 16.

According to Vilsack, adopting the new protocol will be a big win for everybody: better poultry profits, more effective use of government resources, and improvements to public health. Vilsack said the plan will prevent “between three and five thousand food borne illnesses.”

Despite this glowing review, many say the new chicken inspection rule is a recipe for disaster. In a September 2012 letter to Vilsack, consumer, labor, public health, and civil rights groups warned that the rule would “result in serious repercussions for food safety and worker safety,” and urged regulators to wait until “critical issues” could be resolved.

“The proposal would allow each poultry plant to decide the appropriate level of ‘defects,’ which can include blisters, bruises, scabs, feathers, bile, ingesta, and a variety of poultry-specific diseases,” the coalition letter states. “This leaves such decisions up to the subjective decisions of the plant, which has a vested economic interest in processing as many birds as possible.”

While better food safety has been the top selling point, the need for speed is the driving factor pushing the new protocol forward. With consumer demand for chicken and turkey steadily increasing, processing plants want to pick up the pace.

The industrial poultry line already moves fast—the peak for most slaughter facilities is 140 birds per minute (bpm). Under the new model, plants will operate at 175 bpm, allowing USDA inspection only one-third of a second to consider each bird.

Supporters of the new rule say they have proof that quality can still be maintained—and even improved—on a faster line with fewer trained inspectors. USDA Food Safety and Inspection Service Administrator Alfred Almanza defended the proposal in a blog post last month against critics he said were ignorant of advances that have been made in the inspection process.

“We have more than a decade of experience slaughter running at 175 bpm and the data is clear that in these plants, the poultry produced has lower rates of Salmonella,” Almanza wrote.

Independent examinations of the pilot program tell a different story, however, and critics say the enhanced safety claims just don’t add up.

One of the groups speaking out against the program is Food and Water Watch. The nonprofit obtained data from the pilot program last year through a Freedom of Information Act (FOIA) request and found that the new protocol causes more problems than its supporters let on.

According to Tony Corbo, senior lobbyist for Food and Water Watch, pilot program results reveal that company inspectors consistently missed problems that were more than cosmetic: improperly removed intestines, birds dripping with bile, and fecal contamination—all of which could easily lead to food-borne illness. At one turkey plant the error rate was 99 percent.

“How they verify whether the pilot system is working is they have one USDA inspector who is off the line take a sample of up to 80 birds a shift,” Corbo said. “If you’re running a slaughter line at 175 birds a minute, you’re talking about 80,000 birds being killed in an 8-hour shift.”

“We’re sampling 80 birds. The other 79,920 have already gone into commerce. They’re already going to kitchen tables all across the country.”

To prevent disease linked to overlooked defects, each carcass is dipped in a solution of water, chlorine, and other chemicals, but the process is far from fool proof. Documents revealed that over 90 percent of the violations were from fecal contamination found inside the carcass that did not wash out in the chemical bath.

According to Corbo, USDA data from the past 10 years shows that plants running the alternate inspection model actually had Salmonella rates higher than comparably sized plants receiving traditional inspection. Even last month, USDA listed two of the pilot plants as having failed government Salmonella testing.

“This whole proposal is a deregulation of inspection,” Corbo said. “For them to say that this model will improve public health is dead wrong. It’s just a sell out to the industry.”

This alternative production model is not mandatory, but it has a lot of industry support—219 facilities are expected to sign on once the rule is finalized. While program participation is voluntary, so is employee training. The proposal states that companies are not required to instruct employees on what to look for in an inspection process previously performed by the government.

The new plan is blamed not only for compromising food safety, but worker safety as well. According to workers’ rights groups, poultry processing employees already suffer high rates of injury, and are regularly intimidated to keep quiet about it. Advocates say that when production lines move even faster, the populations who hold these jobs—Latinos, women, and immigrants—will face the greatest risk.

The National Institute for Occupational Safety and Health (NIOSH) will be conducting a study to determine if the faster line speed increases worker injury, but it will take more than three years to complete, and still won’t give an accurate picture. In communications to worker safety advocates, NIOSH says the study of a single facility won’t be enough to generalize for the entire industry.

At the Senate Appropriations hearing last month, lawmakers’ biggest concern was how well the new rule would stand up to legal challenges. Vilsack admitted that there was still room for dialogue in refining the plan, but was confident that there is already enough proof of success to apply the protocol industrywide immediately.

“We feel we’re on solid ground,” Vilsack said. “We feel there is adequate factual and legal basis for us doing this, and it’s certainly consistent with our mission and responsibility to maintain food safety for Americans.”