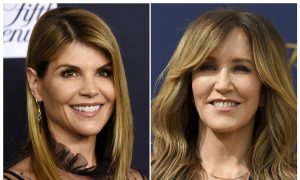 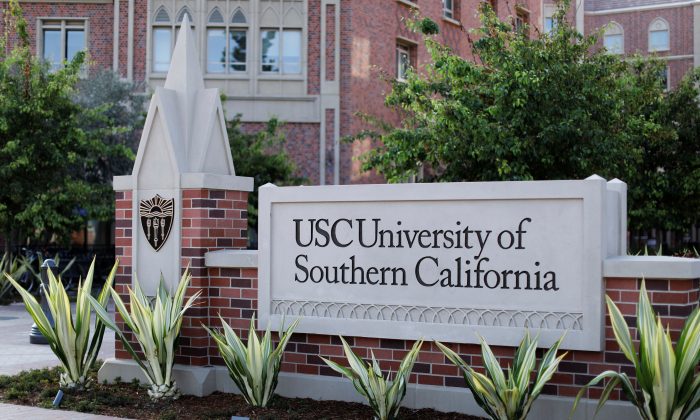 The University of Southern California is pictured in Los Angeles, California, U.S., May 22, 2018. (Reuters//Mike Blake)
US News

The University of Southern California said it may expel students tied to a brazen college-admissions scam after reviewing their records, which could lead the college to throw out “Full House” actress Lori Loughlin’s two daughters.

The school said on Monday night it has already “placed holds on the accounts of students who may be associated with the alleged admissions scheme,” preventing them from registering for classes or acquiring transcripts.

“Following the review, we will take the proper action related to their status, up to revoking admission or expulsion,” the college said in a tweet on Monday night.

• USC has placed holds on the accounts of students who may be associated with the alleged admissions scheme; this prevents the students from registering for classes or acquiring transcripts while their cases are under review

• These students have been notified that their status is under review
• Following the review, we will take the proper action related to their status, up to revoking admission or expulsion

More information is available on the FAQ: https://t.co/U3qejBfXfm

It did not name specific students, but Loughlin and her fashion designer husband Mossimo Giannulli are among 50 people charged last week with participating in what federal prosecutors called a $25 million bribery and fraud scam.

A USC representative did not immediately respond to a request for comment on the status of Loughlin’s daughters.

The mastermind of the scheme last week pleaded guilty to racketeering charges for bribing coaches, cheating on standardized tests and fabricating athletic profiles to help children of wealthy families gain admission to top universities including Yale, Stanford and Georgetown.

Prosecutors said some students involved in the scandal were not aware their parents had made the alleged arrangements, although in other cases they knowingly took part. None of the children were charged.

A Georgetown spokesman said on Tuesday the school would not comment on disciplinary action against individual students linked to the scandal, but added it was “reviewing the details of the indictment, examining our records, and will be taking appropriate action.”

Yale, UCLA, and the University of Texas said last week that any students found to have misrepresented any part of their applications may have their admission rescinded. Stanford said it was “working to better understand the circumstances around” one of its students linked to the scheme.

Wake Forest’s president said last week, “We have no reason to believe the student was aware of the alleged financial transaction.”

Several celebrities and corporate executives charged in the scandal have already felt career consequences. The Hallmark cable channel last week cut ties with Loughlin after her alleged role in the fraud was disclosed.