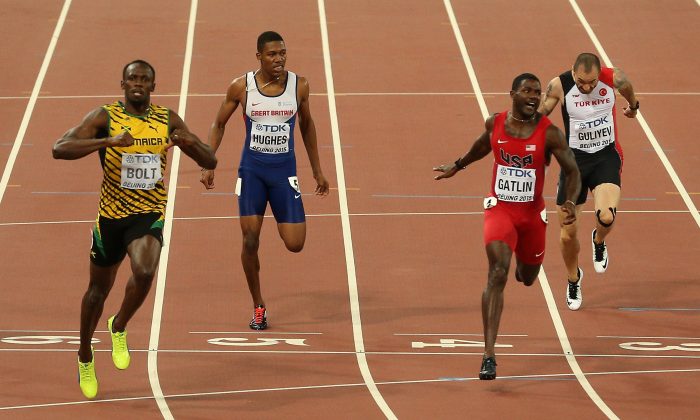 Usain Bolt of Jamaica won the 200m at the 15th IAAF World Athletics Championships in Beijing 2015 in the last event of the evening, on August 27 (Day-6) to complete a sprint double over his main competitor in the Championships, Justin Gatlin of the USA.

On Day-3 of the Championships, August 23 Bolt took the 100m ahead of Gatlin in 9.79seconds just 0.01seconds ahead of Gatlin in second place. Half of the time difference was in reaction time off the blocks. Trayvon Bromell of the USA came 3rd in 9.92s.

In the 200m Bolt again beat Gatlin off the blocks, 0.147s compared with 0.161s and took the win in 19.55s against 19.74 for Gatlin. Anaso Jobodwana of the Republic of South Africa was 3rd in 19.87seconds. Bolt was well clear at the line even after easing off in the last couple of strides. The 200m has been Bolts specialist event for all of his spectacular career and his composure showed through in the live action.

This is Bolts 4th consecutive win in the Athletic World Championships at the 200m distance.