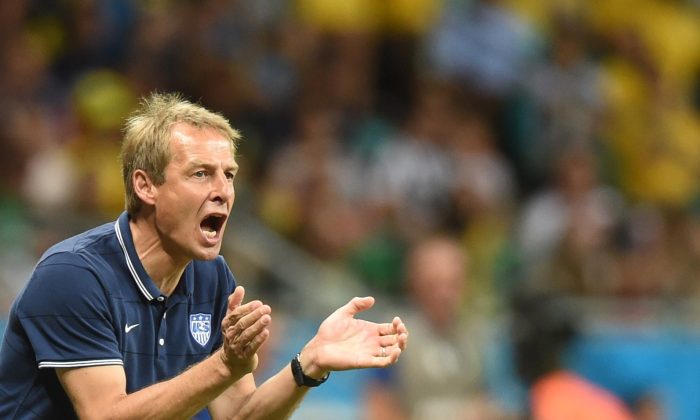 US German coach Juergen Klinsmann reacts during the first half of extra-time in the Round of 16 football match between Belgium and USA at Fonte Nova Arena in Salvador during the 2014 FIFA World Cup on July 1, 2014. (FRANCISCO LEONG/AFP/Getty Images)
Europe

The United States and Czech Republic are set to play in an international friendly match on Wednesday, September 3.

The game will be broadcast on ČT Sport in Czech Republic.

The game will also air on Univision Deportes USA, UniMás, and NBCSN in the United States.

USA are 3/1 to win the match, as compared to 20/19 for Czech Republic, according to OddsChecker.