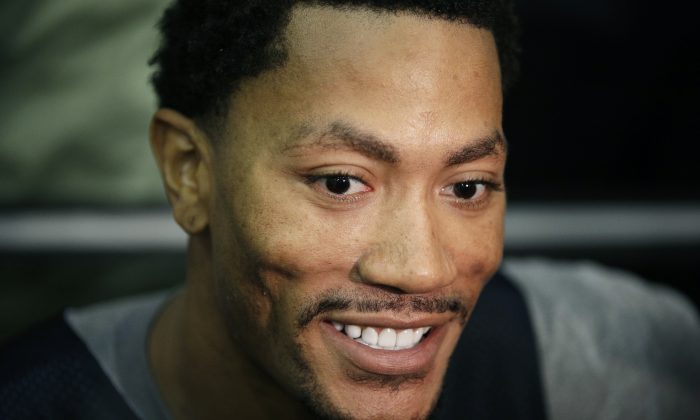 One has been considered a lock by some as his play gets stronger as the training camp goes on. The other hasn’t been considered by much of anyone because he’s a second-year player who started less than two dozen games last year. Both are increasingly looking like they’ll be on the final Team USA roster for the FIBA World Cup.

The first player is Derrick Rose. He’s struggled with injuries over the past two seasons, but has impressed coaches at the Las Vegas camp, and appears to believe that he’s already a lock for the final roster.

“I talked to [Gasol] before he signed and he said when we get to Spain [for next month’s FIBA Cup] that we’ll probably get something to eat, so I’ll probably catch up with him, get dinner or something,” Rose said, according to the Chicago Sun-Times.

The second player is Mason Plumlee. He’s only getting consideration because Blake Griffin and Kevin Love pulled out at the last second, leaving the team with big man questions apart from Anthony Davis.

Team USA coach Mike Krzyzewski, who coached Plumlee at Duke University, said that the big man battle is about defense and meshing with the scorers who are already considered locks, such as Kevin Durant, James Harden, and Stephen Curry.

“Well we need big guys, so the very first thing is that we have to have more than Anthony Davis there. And all the big guys have shown good stuff here. It’s how the big guys mesh in with the (other) scoring talent on the team,” he told USA Today.

Krzyzewski also seemed to indicate that Kyrie Irving, Rose, and Paul George are in line to make the final roster. That likely means that John Wall and Damian Lillard will be cut, and leaves fewer spaces up for grabs for the likes of Gordon Hayward, Kyle Korver, and Bradley Beal.