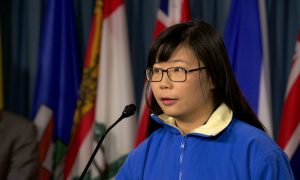 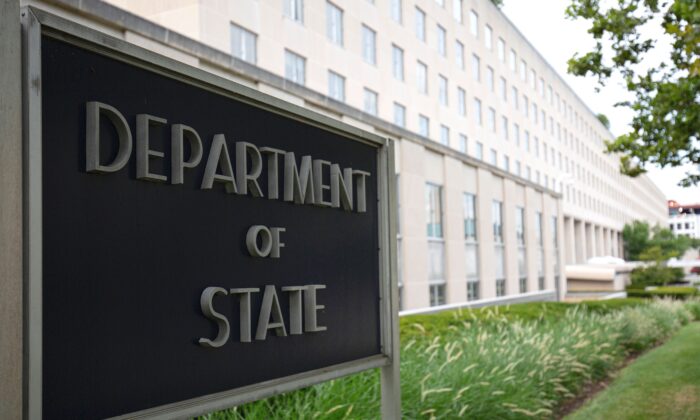 The U.S. Department of State in Washington on July 22, 2019. (Alastair Pike/AFP via Getty Images)
China-US News

US Working to Hold Beijing Accountable for Not Taking Back 40,000 Chinese Illegal Immigrants: State Department

U.S. agencies are working to hold the regime in Beijing accountable for its refusal to cooperate in the removal of Chinese illegal immigrants in the United States, a State Department spokesperson told The Epoch Times.

Since October 2017, the U.S. Immigration and Customs Enforcement (ICE) has made 1,300 requests to Beijing to provide travel documents needed to expel Chinese nationals under final orders of removal—only to have them go unanswered, according to a January Department of Homeland Security report (pdf).

The U.S. government has repeatedly urged the Chinese regime to accept the return of its nationals subject to removal, the spokesperson said in an email.

“Despite this engagement spanning several years, the PRC [People’s Republic of China] has been insufficiently responsive to our repeated requests to issue travel documents for individuals with final orders of removal in a timely manner,” the spokesperson said.

As a result, ICE has been forced to release the illegal immigrants into the community, many of whom had been convicted of violent or other serious crimes, the DHS report said. Those who have been released are part of a backlog of about 40,800 Chinese nationals awaiting deportation in the United States.

ICE is required to release illegal aliens from custody after six months if it is unlikely they’ll be repatriated within the foreseeable future.

The spokesperson was responding to a report circulating on Chinese social media that the United States has imposed visa sanctions on China over its failure to cooperate in the repatriation of Chinese nationals awaiting deportation. The visa restrictions allegedly apply to Chinese officials who work in the regime’s immigration and security agencies, and their immediate families.

A photo circulating on Chinese social media shows an undated letter apparently from a U.S. consulate officer informing a Chinese visa applicant that the United States has stopped issuing their requested visa under section 243(d) of the Immigration and Nationality Act. That empowers the Secretary of State to impose visa sanctions against countries who unreasonably delay accepting the return of nationals and residents ordered removed to those countries.

The letter said that the secretary of state has ordered consulate officials to stop issuing business, tourism, and student visas to Chinese officials who work in the National Supervisory Commission, an anti-corruption body; the Ministry of State Security, the regime’s top intelligence agency; and the Ministry of Public Security, the country’s law enforcement body. Their spouses and children under 30 are also affected by the restrictions.

In addition, the visa sanctions apply to officials at the level of deputy director or above at the regime’s National Immigration Administration, and their spouses and children under 21, the letter said.

The State Department declined to comment on the report, citing confidentiality of individual visa cases.

Chinese foreign ministry spokesperson Hua Chunying said at a regular briefing on May 13 that she had seen the report.

“If this is true, it will serve to show that the U.S. is deliberately sabotaging normal people-to-people exchange with China and politicizing the issue.”

The regime’s lack of cooperation in the removal of Chinese illegal immigrants has been occurring for years, and continues despite previous commitments to assist with repatriations.

“As Beijing continues to flout its international obligations and disrespect U.S. law, DHS will continue to seek escalated consequences—including visa restrictions,” the DHS said in its report.

The State Department spokesperson says the department stands ready to assist the regime in facilitating the removal of its nationals, should Beijing express a willingness to cooperate.

DHS officials didn’t immediately respond to a request by The Epoch Times for comment.