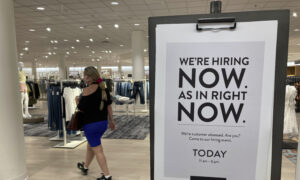 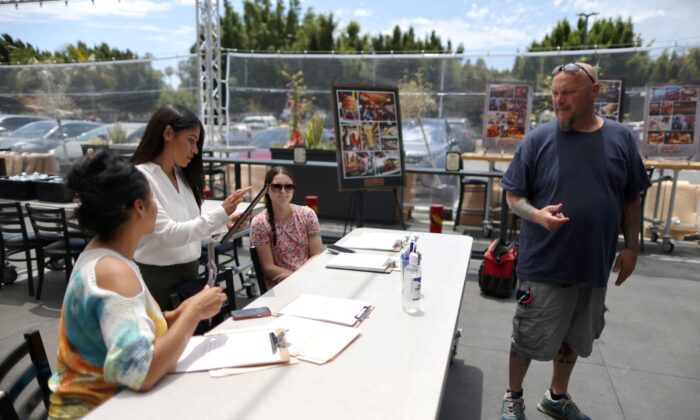 WASHINGTON—The number of Americans filing new claims for unemployment benefits fell more than expected last week, while layoffs plunged to a 21-year low in June as companies held on to their workers amid labor shortages.

Initial claims for state unemployment benefits dropped 51,000 to a seasonally adjusted 364,000 for the week ended June 26, the Labor Department said on Thursday.

But the pace of decline has moderated from May, when claims dropped below 400,000 for the first time since March 2020, when mandatory shutdowns of nonessential businesses were enforced to slow the first wave of COVID-19 infections.

Claims increased in mid-June, interrupting a stretch of six straight weekly decreases. Economists polled by Reuters had forecast 390,000 applications for the latest week.

Some of the recent elevation in claims has been blamed on the so-called seasonal factor, which the government uses to iron out seasonal fluctuations from the data.

“Partly, the recent increase has been a result of a less favorable seasonal factor, which could put some further upward pressure on initial claims over the summer months if seasonal hiring is less strong than usual this year due to factors causing various labor shortages,” said Veronica Clark, an economist at Citigroup in New York. “We still expect an overall downward trend to prevail over the coming months.”

The claims data could become noisy in the weeks ahead as 26 states with mostly Republican governors pull out of federal government-funded unemployment programs, including a $300 weekly check, which businesses complained were encouraging the jobless to stay at home. The early termination began on June 5 and will run through July 31, when Louisiana, the only one of those states with a Democratic governor, ends the weekly check.

For the rest of the country, these benefits will lapse on Sept. 6. There is no evidence so far of a surge in job searches in the 20 states that have already ended the federal benefits.

A survey this week by job search engine Indeed found that while the vast majority of the unemployed indicated they would like to start looking for work in the next three months, many did not express a sense of urgency. But rising vaccinations, dwindling savings, and the opening of schools in the fall will be key to pulling them back into the labor force.

Lack of affordable childcare and fears of contracting the coronavirus have also been blamed for keeping workers, mostly women, at home. There were a record 9.3 million job openings at the end of April and 9.3 million people were officially unemployed in May.

With at least 150 million Americans fully vaccinated against the virus, pandemic-related restrictions on businesses and mask mandates have been lifted. The reopening economy has led to a boom in demand, leaving businesses desperate for workers.

“We’re seeing the rubber band snap back,” said Andrew Challenger, senior vice president at Challenger, Gray & Christmas. “Companies are holding on tight to their workers during a time of record job openings and very high job seeker confidence. We haven’t seen job cuts this low since the dot-com boom.”

The layoff figures are another good omen for the government’s closely watched employment report for June, due to be released on Friday. But worker shortages continue to loom over hiring.

Nonfarm payrolls likely increased by 700,000 jobs in June after rising 559,000 in May, according to a Reuters survey of economists. The unemployment rate is seen ticking down to 5.7 percent from 5.8 percent in the prior month.

On Tuesday, the Conference Board said its consumer confidence survey’s so-called labor market differential, derived from data on respondents’ views on whether jobs are plentiful or hard to get, surged in June to the highest level since 2000. Private employers hired more workers than expected last month.