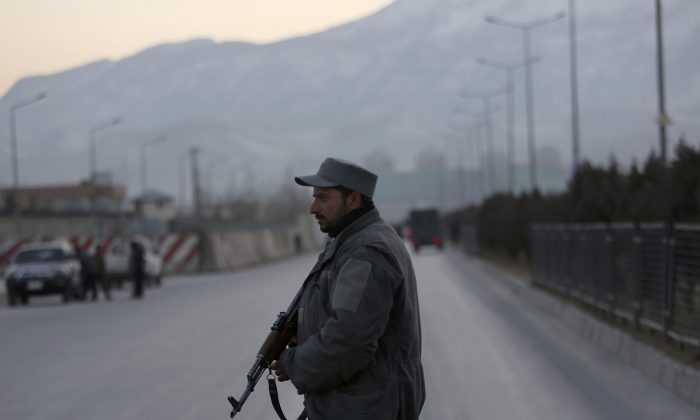 KABUL, Afghanistan—In his first report to the new Trump administration, a U.S. watchdog that monitors billions of dollars in aid to Afghanistan painted a bleak picture, saying the Afghan government controls barely half the country, its security forces numbers are on the decline, and drug production is on the rise, while eradication is down.

The one bright spot, says the watchdog, is a noticeable drop in corruption when procuring goods and services. Afghan President Ashraf Ghani has launched a countrywide anti-corruption campaign since taking power in the 2014 elections, which ended in controversy and the formation of a so-called unity government. In this government, Ghani is president and his presidential election rival, Abdullah Abdullah, is chief executive.

In his 269-page report released Feb. 1, John Sopko, the Special Inspector General for Afghan Reconstruction (SIGAR), noted that this latest quarterly report is the first since President Donald Trump took office Jan. 20. He said it was a good opportunity for the new administration to reflect on the $117 billion Washington has invested in Afghanistan since 2002.

The Taliban was ousted in December 2001 by the U.S.-led coalition after it refused to hand over al-Qaeda chief Osama bin Laden, blamed for the Sept. 11, 2001, terrorist attacks against the United States.

In just the last three months, Sopko’s office conducted an investigation that resulted in a $99 million-dollar, single-source contract being canceled; it flagged a large hotel/apartment construction project that had been abandoned after receiving $85 million in loans from the Overseas Private Investment Corporation, a U.S. government institution; and it revealed that Afghan contractors working on U.S.-funded projects were not being paid.

SIGAR was set up in 2008 following widespread reports that hundreds of millions of U.S. taxpayers’ dollars were being lost to waste, corruption, and mismanagement by both Afghan and U.S. contractors.