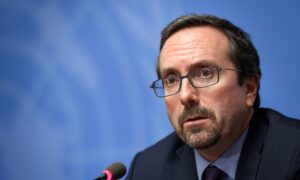 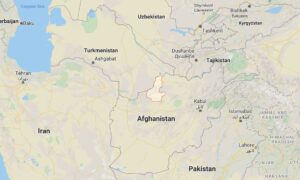 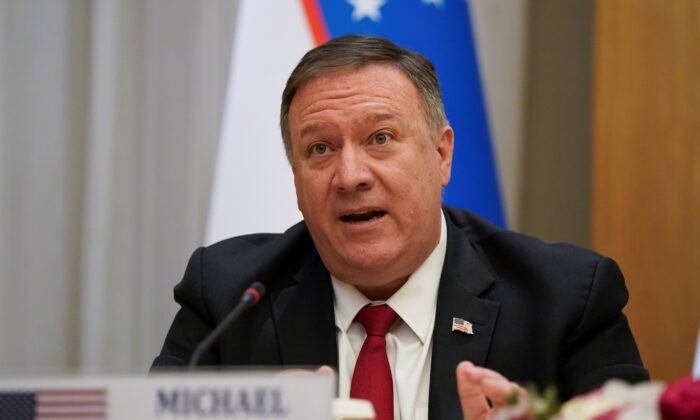 US Wants ‘Demonstrable Evidence’ That Taliban Will Reduce Violence: Pompeo

Secretary of State Mike Pompeo on Monday demanded “demonstrable evidence” from the Taliban that it can and will reduce violence before signing a deal that would lead to Afghanistan peace talks and a withdrawal of American troops from the country.

Speaking at a news conference in neighboring Uzbekistan, Pompeo said a deal is close but that the negotiations have been close before and failed because the Taliban was unable to demonstrate seriousness. He said more work remains to be done so that peace talks can get started.

“We’re working on a peace and reconciliation plan, putting the commas in the right place, getting the sentences right,” he said. “We got close once before to having an agreement: a piece of paper that we mutually executed and the Taliban were unable to demonstrate either their will or capacity or both to deliver on a reduction in violence.

“So, what we are demanding now is demonstrable evidence of their will and capacity to reduce violence, to take down the threat, so the inter-Afghan talks … will have a less violent context.

“We’re hopeful we can achieve that but we’re not there yet, and work certainly remains.”

Pompeo’s comments came just two days after U.S. peace envoy Zalmay Khalilzad arrived in Kabul and told Afghan President Ashraf Ghani there has been “no notable progress” in talks with the Taliban. However, Khalilzad said he was hopeful of reaching an understanding with them on a reduction of hostilities, without offering any time frame.

Khalilzad had been in Pakistan last week to rally support for getting an agreement with the Taliban to reduce their attacks, as a first step toward a peace agreement to end 18 years of war in neighboring Afghanistan.

President Donald Trump visited Afghanistan for the first time in November 2019, telling troops at the Bagram airbase that the United States had reopened peace talks with the Taliban.

Trump said that the Taliban only wanted to resume peace talks because American troops are “doing a great job” in the country.

Negotiations were stalled for around three months following a terrorist attack.

While in the country, Trump met with Ghani. After the meeting, Ghani wrote: “Both sides underscored that if the Taliban are sincere in their commitment to reaching a peace deal, they must accept a ceasefire. We also emphasized that for any peace to last, terrorist safe havens outside Afghanistan must be dismantled.”

The Taliban said a day after the visit that it was ready to restart peace talks.

“Our stance is still the same. If peace talks start, it will be resumed from the stage where it had stopped,” Taliban spokesman Zabihullah Mujahid told Reuters.

About a month later, the Taliban agreed to a temporary ceasefire, according to reports. But the group disputed the reports and said it had “no ceasefire plans” at the time.

The Taliban said this month they offered a 10-day ceasefire window to Khalilzad, the U.S. negotiator, in which to sign a peace agreement that would be followed by intra-Afghan negotiations.

A U.S. military aircraft crashed in Afghanistan last week but American officials disputed claims that the Taliban shot it down. The group and Afghan forces have clashed repeatedly, leaving dozens dead, in the past several weeks.

Pompeo met with Uzbekistan’s President Shavkat Mirziyoyev in Tashkent on Monday. According to a State Department statement, he thanked President Mirziyoyev “for his leadership in forging a closer, strategic partnership between the United States and Uzbekistan and for advancing a negotiated political settlement in Afghanistan.”