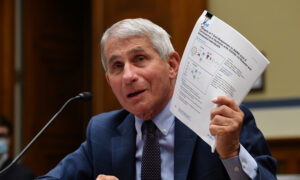 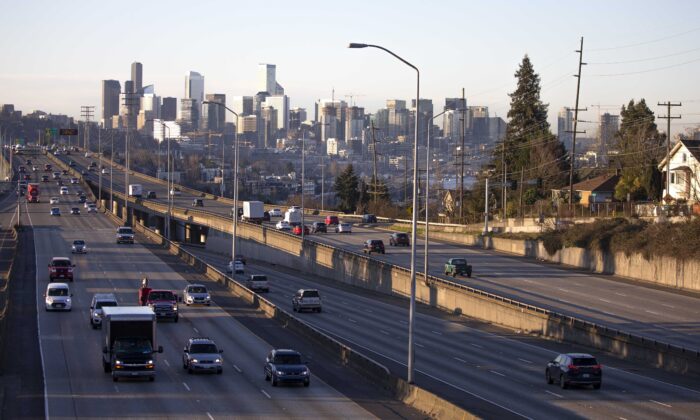 Rush hour traffic is lighter than normal during the morning commute on Interstate 5 heading in and out of Seattle, on March 16, 2020. (Karen Ducey/Getty Images)
Economy

The Federal Highway Administration on Nov. 13 said road travel fell by 23.4 billion vehicle miles in September, but it was up 2.8 percent over August and the first time that travel fell by less than 10 percent since February. In the first nine months of 2020, Americans have driven 355.5 billion miles, down 14.5 percent, the lowest number in that period since 2000.

Rural travel fell by about 5 percent in September, while urban traffic is down about 10 percent.

In contrast, travel fell by 39.8 percent in April amid state-at-home orders with Connecticut, Hawaii, and New Jersey reporting around 50 percent drops that month.

Volkswagen Group of America Chief Executive Scott Keogh said at a Reuters Events conference on Nov. 13 the number of first-time U.S. car buyers had grown during the pandemic, up from a historic 3-4 percent average to about 11 percent.

California Air Resources Board Chair Mary Nichols told Reuters on Nov. 12 that “driving is back up again, way ahead of opening of a lot of stores or offices.”

“The need and the desire that people have to be able to get out of their houses or their apartments and go someplace appears to one of the kind of basic human drives,” Nichols said.

Mass transit demand has been devastated in large part because of people’s fears of the coronavirus, she added.

“It’s actually leading to an increase in sales of old cars for people who might have taken a bus before.”