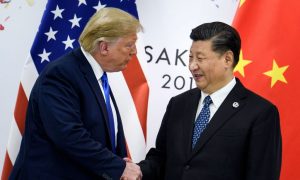 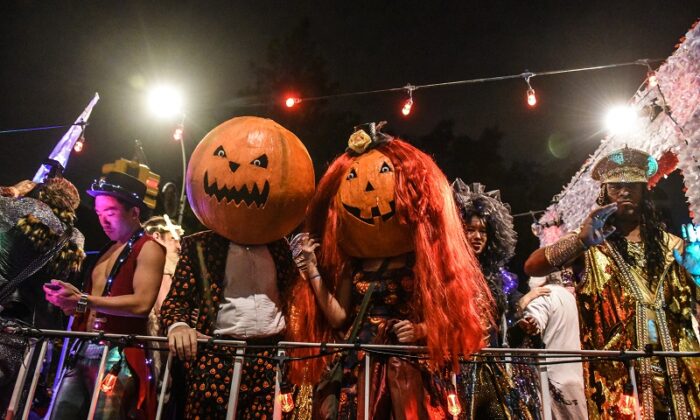 The poll comes after a series of highly publicized events involving public figures such as Canadian Prime Minister Justin Trudeau being shown in photographs wearing dark makeup to simulate being a black person. Virginia Gov. Ralph Northam, a Democrat, appeared in a medical school yearbook in a photo either wearing blackface or donning a Ku Klux Klan costume. Northam initially gave a non-specific admission that he had done something wrong before withdrawing it.

It also comes after some universities have cautioned students against potentially offending others with their Halloween costumes. In 2018, for example, Gonzaga University informed students via email that while “the tradition of Halloween has Christian origins,” it “has also become known for more dangerous and damaging traditions like binge drinking, sexualized or culturally inappropriate costumes, and vandalism.”

“We urge our community to be aware of the potentially harmful impact insensitive behavior can have on fellow students … One of these behaviors is cultural appropriation—the act of taking or using things from a culture that is not your own, especially without showing respect of [sic] that culture.”

The survey was carried out by College Pulse, a San Francisco-based market research firm that describes itself as “an online survey and analytics company dedicated to understanding the attitudes, preferences, and behaviors of today’s college students,” Campus Reform reported.

A total of 1,501 survey respondents were recently asked: “Are highly offensive Halloween costumes (such as blackface) a protected form of free speech on campus, or should students who wear them be punished?”

While 45 percent of students responded by answering, “They are a protected form of free speech,” 55 percent said, “They should be punished.”

The lack of tolerance runs deeper in the so-called Ivy League, at schools usually thought of as the nation’s elite institutions. The Ivy League, an expression that carries with it connotations of academic excellence and tough standards in admissions, consists of Brown University, Columbia University, Cornell University, Dartmouth College, Harvard University, the University of Pennsylvania, Princeton University, and Yale University.

In such schools, 58 percent of student respondents indicated the wearer of an “offensive” Halloween costume should be punished.

At the California State University system, an even greater percentage of student respondents—60 percent—said punishment should be doled out for “offensive” costumes.

The partisan split among students was even more pronounced, according to an analysis at The Blaze.

Among those identifying as Democrats, 71 percent expressed a preference for punishing offensive costume wearers, versus just 18 percent of Republicans and 47 percent of independents.

The survey results were also broken down by the religion of the responding students.

Muslim students were the most willing to penalize wearers of offensive costumes, with 74 percent supporting punishment.

Black students were the most supportive, with 72 percent of those respondents answering they backed punishment. Asians were the next most supportive of punishment at 56 percent, following by Latinos at 54 percent, whites at 47 percent, and others at 32 percent.