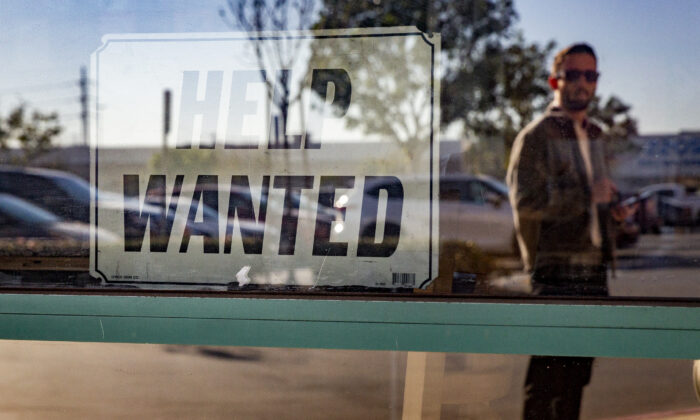 Filings for initial unemployment claims in the United States, dropped 5,000 for the first-time last week, for a seasonally adjusted total of 166,000, the lowest level since 1968, according to a report from the Labor Department on April 7.

The projected number for all legal residents applying for jobless benefits for the week of March 26, rose to 1.523 million, an increase of 17,000 from the previous week’s revised level of 1.506 million.

The total number of individuals receiving unemployment benefits declined to 1.72 million, a massive decline from the 18.4 million a year ago, when the government was providing stimulus assistance to workers displaced by lockdowns enacted in response to the pandemic.

The department said that it had revised claims from 2017 to 2021 and changed the seasonal factors used to calculate the numbers based on the pandemic playing less of a role in the economy.

“Prior to the pandemic, the unemployment insurance claims series used multiplicative models to seasonally adjust the claims,” said the Labor Department and that “starting in March 2020, Bureau of Labor Statistics staff, who provide the seasonal adjustment factors, specified these series as additive.”

“Now that most of the large effects of the pandemic on the UI series have lessened, the seasonal adjustment models are once again specified as multiplicative models.”

Meanwhile, the number of Americans quitting their jobs rose to 4.4 million, up from 4.3 million in January, a historic high.

In the early months of the pandemic, jobless claims hit their record high of 6.137 million in early April 2020.

The spread of the latest variant over the winter of 2021-2022 had little impact on the overall employment figures.

The department noted that American employers added 431,000 jobs in March, pushing the unemployment rate down to 3.6 percent, just above its pre-pandemic level of 3.5 percent in February 2020.

Despite the inflation and supply bottlenecks, the aftereffects of the CCP (Chinese Communist Party) virus and a war in Ukraine, the hiring numbers seem to be unaffected.

The latest figures are reflecting a jobs market that is subject to a severe worker shortage with about 5 million more jobs than there are available workers.

There were 11.3 million available jobs in February, the same as in January and just below December’s record of 11.4 million.

According to the report, lower unemployment numbers are driving up wages and contributing to spiraling inflation combined with the supply chain issues which are pushing up prices.

The Federal Reserve has begun to raise interest rates in an attempt to control inflation that is at its highest levels since the early 1980s.

The central bank started to raise its benchmark short-term interest rates after its last board meeting in mid-March, signaling that it intends to go for six additional rate hikes this year.

According to the Fed’s March meeting minutes released on April 6, the Fed intends to go for an aggressive approach with multiple half-point interest rate hikes this year, rather than the traditional quarter-point increases.

The Fed is projecting that inflation will remain elevated at 4.3 percent throughout 2022.

The inflation gauge favored by the central bank last week rose 6.4 percent in February compared with the same month last year, while the Consumer Price Index showed prices rising close to 8 percent in the past year.

The inflation numbers are causing a sharp spike in the price of food, fuel, and other important necessities, erasing on average, many of the new pay gains for workers throughout the country.