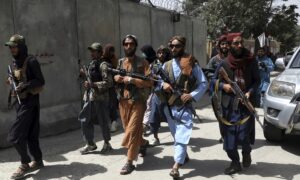 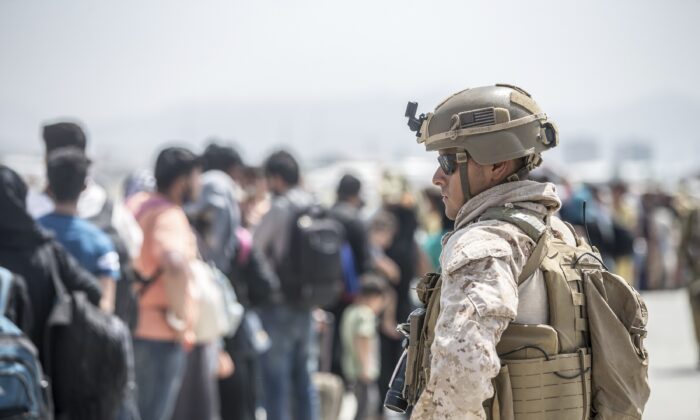 “There has been at least one additional incident instance where rotary airlift was used to help Americans get from outside the airport into the airport,” Kirby told a press conference in Washington.

Thousands of Americans, Afghans, and others have made it to the airport, but they’ve had to brave streets patrolled by Taliban terrorists. Militants have reportedly blocked some people from the facility. They also beat some, including Americans.

As other countries carried out operations to rescue their citizens from outside the airport, the U.S. military faced criticism for not performing similar operations. Defense Secretary Lloyd Austin said last week that the force did not have “the capability to go out and collect up large numbers of people.” But the number of U.S. troops at the airport has grown since then, enabling the force to keep the facility secure and conduct rescues.

“As our capability increased, and at that 5,800 number, as you’ve seen, we have the capability and have executed other operations to ensure that American citizens are being brought in safely and prepared for evacuation,” Major Gen. Hank Taylor, deputy director of the Joint Staff For Regional Operations, told reporters on Monday.

“What the secretary said was that, where he was on last Wednesday that we didn’t have the capability to do large scale, massive movements of people but he did say, if there’s an incident where somebody is in extremis, and we need to get them in small numbers, we can do that. And we have been doing that,” Kirby added.

“And as the general said, that was last Wednesday. Over the course of the ensuing days, more capability has flown in, more troops have flown in. And so we do have the ability to help, when we can and where we can, to help Americans move towards the gates. And we’re not going to talk about the details of each and every one of those. But we do have those capabilities,” he said.

There are no plans at this time to request additional troops to expand those capabilities, officials said.

While troops have left the U.S.-held airport to perform rescues, they have not left on a regular basis, according to Kirby.

“I don’t want to leave you with the idea that we’re somehow patrolling the streets of Kabul. But on occasion, where there’s a need and there’s a capability to meet that need, our commanders on the ground are doing what they feel they need to do to help Americans reach the airport,” he said.

The update on missions came after Sen. Joni Ernst (R-Iowa) said Sunday that more should be done to get Americans out of Afghanistan.

“We are the strongest military on the face of this planet and we should be exercising those authorities to make sure that we’re flexing our military muscle, especially when it comes to evacuating Americans,” she said on ABC’s “This Week.”

“The Taliban needs to understand quite clearly that we have the right to get our American citizens out of Afghanistan. And if that means we need to escort them to our airport to get them out, then we will do so,” she added.