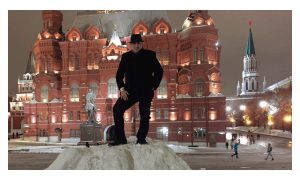 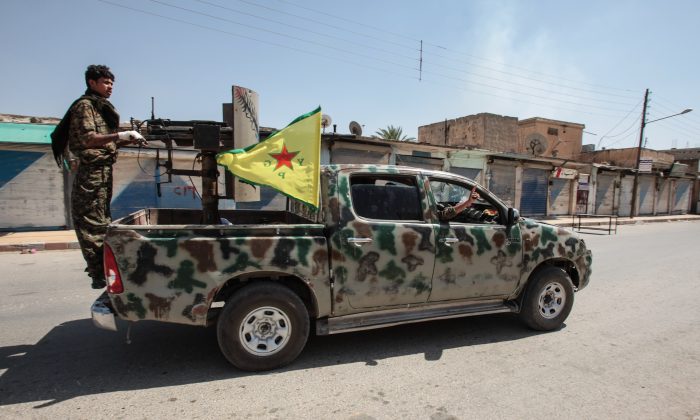 US Troop Withdrawal From Syria May Leave Kurds Vulnerable

President Donald Trump’s announced withdrawal of troops from Syria may have pulled the rug out from under a Kurdish socialist group that the United States has supported in the fight against the ISIS terrorist group.

Trump announced the withdrawal of the roughly 2,000 troops on Dec. 19, declaring ISIS defeated in the Middle Eastern country. The move puts in question the future of the Kurdish People’s Protection Units (YPG), a group that has been significantly involved in fighting ISIS, but is considered by Turkey an offshoot of the Kurdistan Workers’ Party (PKK) that the United States considers a terror group.

“President [Recep Tayyip Erdoğan] of Turkey has very strongly informed me that he will eradicate whatever is left of ISIS in Syria….and he is a man who can do it,” Trump said in a Dec. 23 tweet. “Plus, Turkey is right ‘next door.’ Our troops are coming home!”

YPG has been aided by the U.S. forces in its fight against ISIS since 2015. U.S. commanders were impressed with the Kurds’ military acumen and promised them support in further fights against ISIS if they recruit a more “representative” array of fighters, especially Arabs, according to Gen. Raymond Thomas III, commander of the U.S. Special Operations Command.

The United States was never on board, however, with helping YPG achieve their political goals of declaring autonomy and establishing quasi-socialist communes based on the teachings of PKK founder Abdullah Öcalan, who’s been imprisoned by Turkey since 1999.

In 2016, when the Kurds voted to declare autonomy of three provinces they controlled in northern Syria, the move was rebuked by both Ankara and Washington, as well as the regime of Russia-backed Syrian President Bashar al-Assad.

The United States has tried to present YPG as independent from PKK, which has led an insurgency against the government of Turkey since 1984, with a death toll of some 40,000 people.

“We literally played back to them that you’ve got to change your brand, you know, what do you want to call yourself besides the YPG, and with about a day’s notice they declared that they were the Syrian Democratic Forces,” Thomas told the Aspen Security Forum 2017 (pdf). “I thought it was a stroke of brains to put democracy in there somewhere.”

But the PKK connection has been obvious.

“Sometimes I’m a PKK, … sometimes I’m a YPG. It doesn’t really matter. They are all members of the PKK,” one of the YPG fighters told The Wall Street Journal.

Up to 30,000 strong, YPG won several victories against ISIS with the support of U.S. troops and air strikes. It has lost over 6,000 fighters. The U.S. has lost five.

Turkey has threatened to invade Syria and eliminate both PKK and YPG, and the Kurds have made it clear the U.S. withdrawal makes that scenario all the more imminent.

Indeed, some in the U.S. administration have pushed for keeping the troops in. But it was not so much to help fight the wars for YPG, but more to use the YPG to fight for further U.S. interests in the region, such as, by proxy, to oppose Iran.

Thomas described the Syrian Democratic Forces (SDF) as “our proxies, a surrogate force of 50,000 people that are working for us and doing our bidding.”

The United States considers Iran a sponsor of terrorism and lists a litany of other grievances, including its nuclear and ballistic missile program. Iran not only has its operatives in Syria, but also backs the Assad regime, which the United States blames for massacring Syrians.

SDF also warned the U.S. withdrawal will spark the resurgence of ISIS in the region. But the Trump administration has made it clear its campaign against terrorism continues. Even with no boots on the ground in Syria, the United States maintains around 5,200 troops across the border in Iraq.

Furthermore, much of the U.S. campaign in Syria has been waged by warplanes flying out of Qatar and other locations in the Middle East.

The United States is currently working on stabilizing and providing early recovery efforts in areas liberated from ISIS control, including the removal of explosive war remnants and the restoration of essential services.

In addition to leading the global coalition to defeat ISIS in Syria, the United States is the single largest donor for efforts in response to the conflict in Syria. Washington has provided nearly $8.1 billion in assistance for people displaced since the crisis started, including 12.1 million people suffering in Syria and 5.6 million Syrian refugees in the region.

The crisis in Syria began in 2011 along with similar unrest in the Middle East during the Arab Spring protests. The Obama administration backed the opposition against Assad, trying to destabilize his regime, while Assad violently suppressed the protests against his regime. The resulting civil war allowed the rise of ISIS.