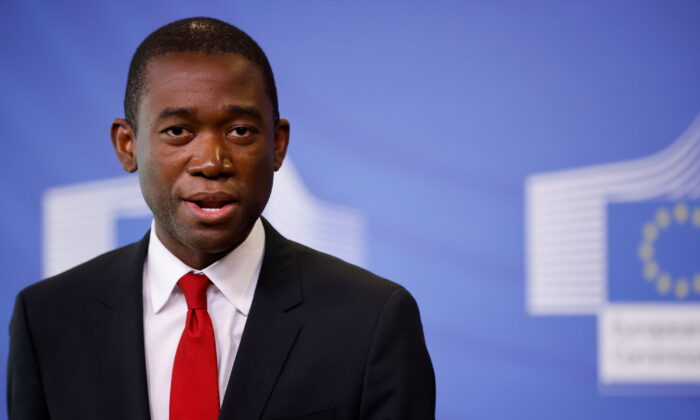 WASHINGTON—High inflation is being driven by global phenomena that could not be anticipated, including Russia’s invasion of Ukraine, U.S. Deputy Secretary of the Treasury Wally Adeyemo said on Wednesday, adding that U.S. demand remains strong.

“I don’t think anyone saw the invasion—Russia’s invasion of Ukraine—coming, which is driving the high energy prices that we see today,” Adeyemo told MSNBC a day after U.S. Treasury Secretary Janet Yellen said she was “wrong” last year about the path that inflation would take.

Yellen had told CNN on Tuesday that since public comments she made in 2021 suggesting a more benign and transitory path for inflation, the global economy was hit by multiple unanticipated shocks, including persistent supply chain disruptions, Russia’s war in Ukraine, and strict lockdowns of China’s economy.

Adeyemo echoed those comments and said other countries were also struggling with high inflation.

“The best example of the things we’re willing to do in the future is what we’ve already done, including releasing the Strategic Petroleum Reserve,” he added.

Asked if he believed inflation could be brought down without causing a recession, Adeyemo said: “I do, because part of my job is talking to business leaders around the country. The CEOs … make clear to me that they feel as if demand for their products and goods remains strong.”