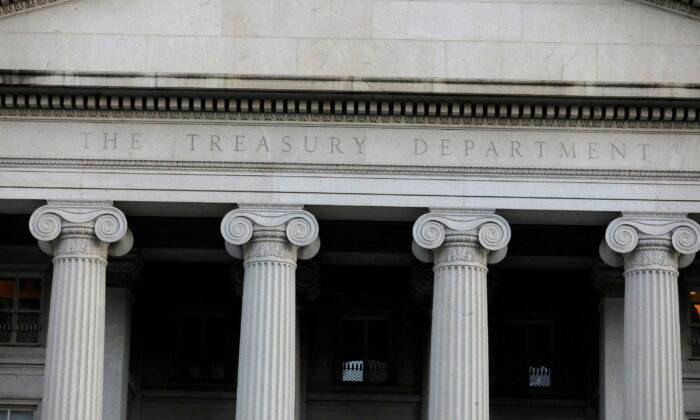 The Department of the Treasury in Washington on Aug. 30, 2020. (Andrew Kelly/Reuters)
Economy

US Treasury to Pay Down $26 Billion in Debt in Q2

NEW YORK—The U.S. Treasury said on Monday it expects to pay down $26 billion in debt the second quarter, down from a January borrowing estimate of $66 billion, primarily because of an increase in receipts.

The second-quarter estimate assumes an end-of-June cash balance of $800 billion.

The Treasury has been paring back debt auction sizes since November after ramping up debt issuance in 2020 to pay for pandemic-related spending.

It expects to borrow $182 billion in privately held net marketable debt in the July to September quarter, assuming an end-of-September cash balance of $650 billion.

It said it issued $668 billion in net debt in the first quarter this year, ending the three-month period with a cash balance of $652 billion.