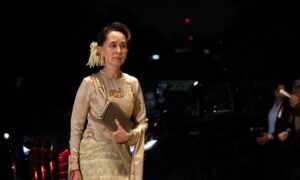 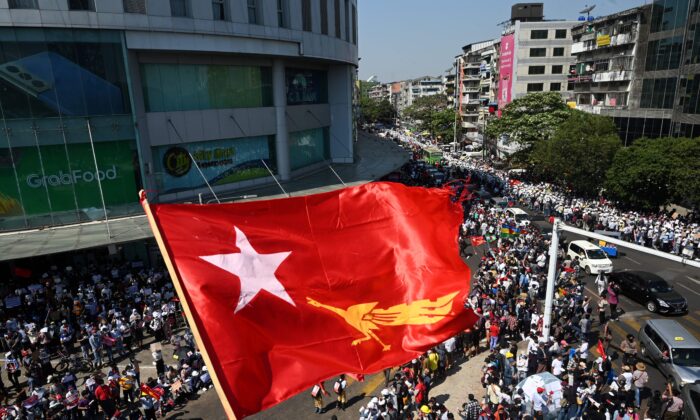 The flag of the National League for Democracy party flies over protesters taking part in a demonstration against the February 1 military coup in Yangon on February 10, 2021. (Sai Aung Main/AFP via Getty Images)
Crime and Incidents

WASHINGTON—The U.S. Treasury Department on Friday imposed sanctions on 22 people linked to Burma’s military regime and warned of further “increasing costs” over what it called “the military’s suppression of democracy and campaign of brutal violence against” its people.

The move comes as the U.S. Commerce Department separately on Friday blacklisted four companies for what it said was their support of Burma’s military.

Burma is also known as Myanmar.